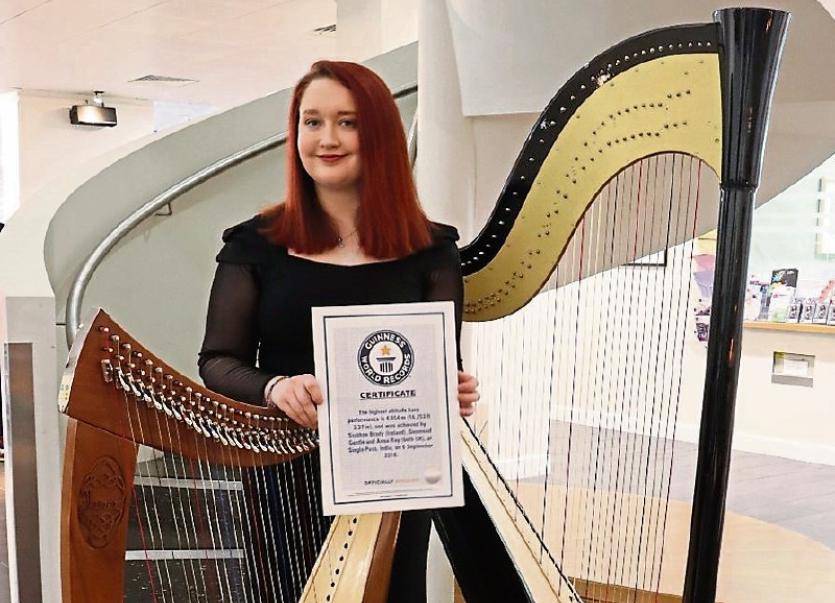 Siobhán Brady with herAward of Excellence from the Eimear Noonan Music Bursary.

SIOBHAN Brady, a young harpist from Castletroy, has been announced as one of the recipients of an Award of Excellence from the Eimear Noonan Music Bursary.

The scheme which was set up by the Noonan family to remember their talented and beautiful daughter Eimear who died tragically in France in November 2017.

It aims to help talented young people from the west of Ireland to further their musical studies.

Siobhan is an accomplished and experienced harpist on both the Irish lever and pedal concert harp.

She is currently a third-year student at Cork School of Music studying for a BMus degree with internationally renowned harpist, Anne-Marie Papin Labazordiere.

Siobhan also studied Irish harp under the direction of Grammy award-winning performer, Dr Janet Harbison for over 10 years while the Irish Harp Centre was based in Castleconnell.