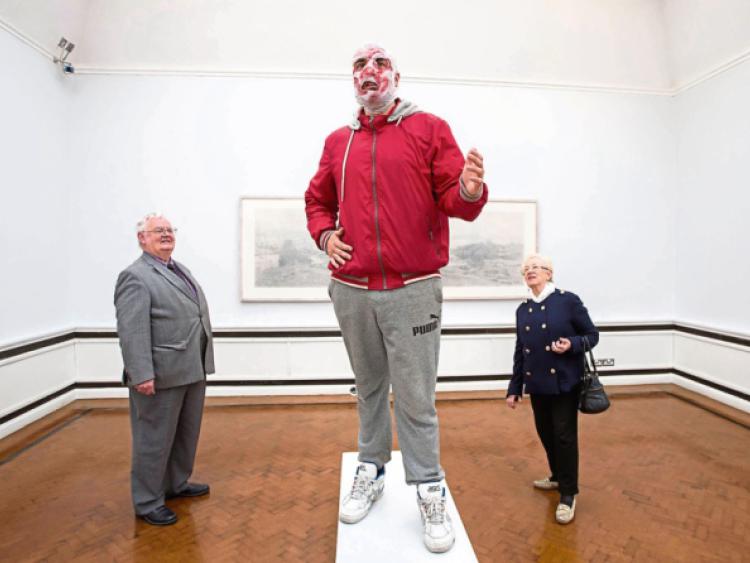 AFTER his appearance on the Late Late Show last Friday night, one half of the Rubberbandits has been given 40/1 odds as a candidate for the next presidential election.

AFTER his appearance on the Late Late Show last Friday night, one half of the Rubberbandits has been given 40/1 odds as a candidate for the next presidential election.

Blind Boy Boat Club made such an impression on viewers that he has been catapulted into the betting by Boylesports.

Mairead McGuinness is the favourite at 11/2 to take over from Michael D Higgins with RTE presenter, Miriam O’Callaghan next in the betting at 6/1.

Fergus Finlay is priced at 7/1 with Ireland’s first female Ombudsman, Emily O’Reilly next in the betting at 8/1.

Long shots for the role include former Taoiseach, Bertie Ahern at 100/1, Gerry Adams at 80/1 and Dana Rosemary Scallon who has run as a candidate on two previous occasions at 66/1.

“Blind Boy certainly made an impression on the Late Late Show on Friday night with the public quick to react on social media wanting the Rubberbandits member as a future president of Ireland,” said Liam Glynn, Boylesports’ spokesperson.

“Despite currently being a long shot at 40/1, if the public continue to get behind the Limerick native we could see his odds shorten up and wouldn’t it be some sight to see Blind Boy’s ‘Horse Outside’ Áras an Uachtaráin,” joked Mr Glynn.

A YouTube clip of the plastic bag wearing artist’s appearance on the Late Late Show attracted nearly 4,000 likes on Facebook, where the duo count some 337,000 fans.

“My generation is screwed. The lads that were in the 1916 [Rising] were the same age as my generation. They were from the ages of 18 up to their mid-30s.

“My generation is looking at them and saying ‘yeah, ye had it incredibly hard’. But my generation don’t have the idealism that they had. We just have despair and confusion.”