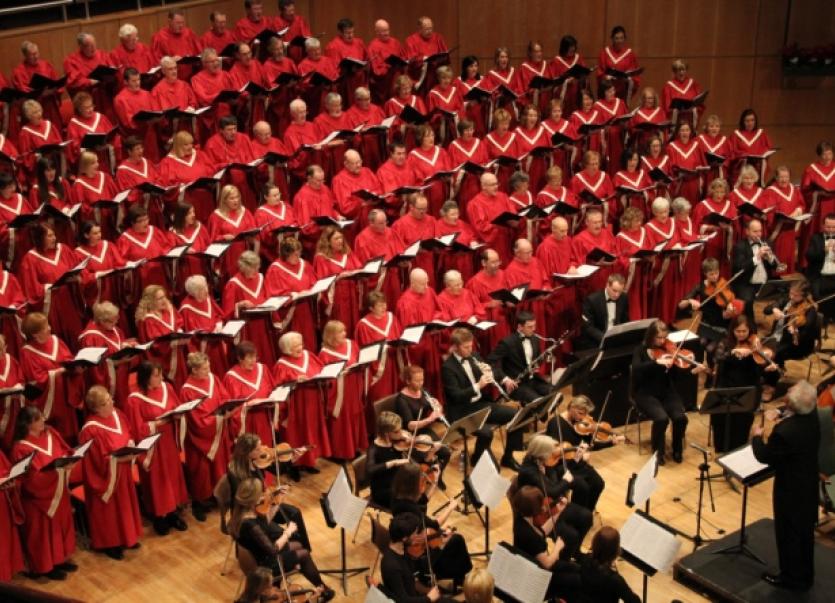 LIMERICK Choral Union will take to the stage this April to perform Verdi’s Requiem - almost 50 years since first performing it.

LIMERICK Choral Union will take to the stage this April to perform Verdi’s Requiem - almost 50 years since first performing it.

In 1966 the fledgling choir - in operation just two years - performed the piece entirely in English. Now, in 2015 and in the midst of celebrations to mark the LCU’s 50th year, it will return to its roots and perform the stunning piece as it was written, in Latin.

“It is a long time since it was performed, and it actually hasn’t been performed in Limerick since then,” says Lorraine MacMahon, chairperson of the choral union. “It is a big undertaking, a costly concert, but we have a very organised committee and they have all really come together and thrown themselves into it. It is a massive one, and we can only go bigger and better after this,” she laughs.

The choir, operating under the baton of conductor Malcolm Green, are well versed in performing in other languages, and have previously tackled music in German and Hebrew.

For this concert in the UCH, the 109 strong choir will be joined by the 50 strong LCU Symphony Orchestra and soloists Cara O’Sullivan, Sarah Ellen Murphy, Derek Moloney and Jeffrey Ledwidge to perform the Requiem.

“It is a lovely historical link and from this we will be moving forward. We tend to work in three year plans so that will begin in May,” says Lorraine.

“It is great, it is a beautiful piece, very operatic and dramatic and it seems to be all over the place now. It is a shorter piece than what we are used to, but you couldn’t take a break, it would take from the momentum.”

The LCU marked their 50th year in 2014 with a number of events, including a gala ball and concert in April that featured a specially commissioned piece called spirestone, bringing 2014 to a close by singing Carl Orff’s Carmina Burana and Poulenc’s Gloria.

They will also return in December with Handel’s Messiah. In the meantime, they take to the stage on April 25 in the UCH. See www.uch.ie for details.