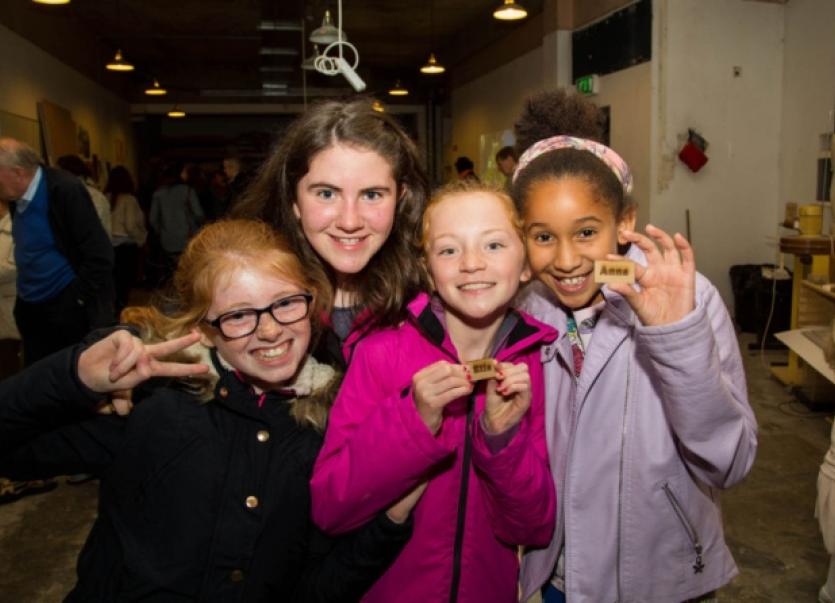 THERE was futuristic helmets, live music and historical tours as a record number of Culture Night events took place in Limerick last Friday.

THERE was futuristic helmets, live music and historical tours as a record number of Culture Night events took place in Limerick last Friday.

The streets were thronged as Limerick’s museums and galleries threw open their doors on Friday evening to mark Culture Night, taking place for a seventh straight year. Across Limerick, almost 90 events took place in total, a record for the event here.

The Hunt Museum was a hub of activity, with free tours of its collection, plus a classic car display, and a choir workshop.

For children, there were ‘meta perceptual’ helmets, which allowed youngsters to look at a “stereoscopic view of a hammerhead shark” among other things.

“I feel like an alien wearing this helmet,” smiled George Stack, 7, of Belfield Gardens.

Head of exhibitions Naomi O’Nolan said staff were hoping to top the 3,500 people who streamed through the doors of the museum on Culture Night last year.

“We have had hundreds of people here today, and it is great to see them all come out on this lovely bright evening. There is something for everyone around the city,” she said.

Over in FabLab on Rutland Street - a design hub run by UL graduates - there were three-dimensional models of the city, plus computer-aided design to help youngsters get into technology.

Max Tiernan, 13, of Clonlara, a student of Ard Scoil Ris, said: “I was here last year and enjoyed it. I like seeing the 3d printing here in FabLab.”

A former retail shop in Patrick Street became an opera house for the night, as the life of soprano Catherine Hayes was celebrated.

Opera singer Sarah Shine played regular concerts in the former shop, which was the birthplace of Hayes.

Culture Night even spread as far as the Parkway Shopping Centre as Comhaltas Ceoltóirí Éireann Garrai Eoin filled the air with sweet music.

- For more on Culture Night and pictures from the evening, see the weekend editions of the Limerick Leader