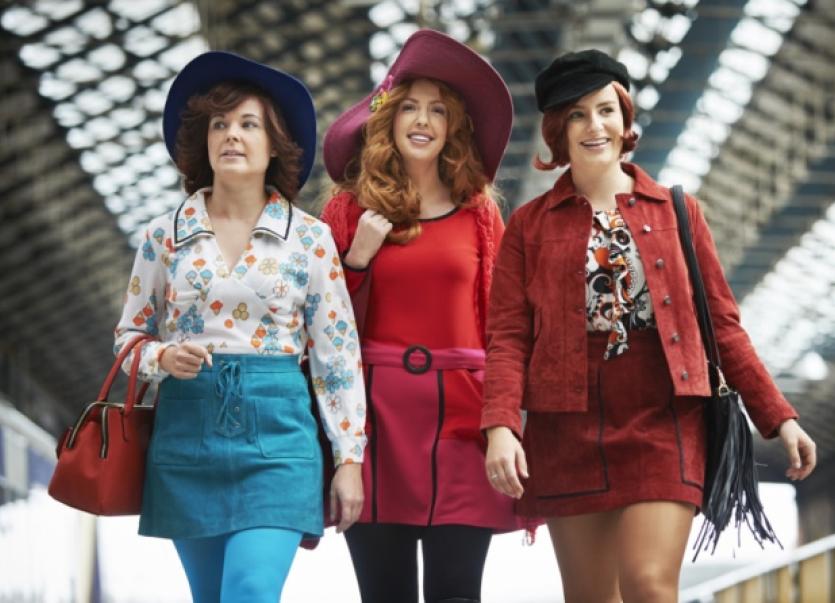 “A STORY that needs to be told to a new generation”.

“A STORY that needs to be told to a new generation”.

That’s how Lynne Parker, artistic director of Rough Magic has described The Train - a piece of “political, music theatre” which focuses on the legendary contraceptive train which brought condoms from Belfast back to the Republic in 1971.

The show makes its world premiere at the Lime Tree Theatre in Limerick.

“So many young women – and men – have no idea how recent, and how hard won, the graphic social changes in Irish society have been,” explains Ms Parker, director of The Train.

The production, shes says, will demonstrate, entertainingly, “the absurdities of legislation that refuses to acknowledge the realities of women’s lives”.

The Train is a fictional celebration of actual events surrounding the contraceptive train - the remarkable media coup orchestrated by the Irish Women’s Liberation Movement in 1971 that changed the social landscape of Ireland.

Determined to challenge the restrictive laws of the Irish State, a group of 47 trailblazing women take a train to Belfast and return to Dublin with forbidden contraceptives.

“The 47 women who took the train, and others who supported them, were young activists, smart, stylish, impatient with the status quo and ahead of their time,” says Mr Parker.

“Many of them are still part of our political and media culture, and as motivated as ever. The IWLM and the contraceptive train marked the beginning of the split between church and State - a schism that is ongoing.”

Speaking to the Leader, Mr Whelan, a native of Limerick, said he is “really looking forward to bringing this show to Limerick”.

“For me, it’s a first,” he points out, “I haven’t done a full-length musical – a dramatic musical before. Even though I’ve worked a lot in theatre, this is the first time that I’ve written a complete score for theatre – singing and performance.”

Mr Whelan has composed 24 new songs for the show which he describes as “a very bright and interesting piece”.

“Doing this show has been very, very illuminating for everyone,” he remarks, “To have the premiere performance in Limerick is great.”

His own recollections of the time in Irish history bring him back to Gaj’s restaurant on Dublin’s Baggot Street which he would visit a couple of time a week during his student days.

“It was run by a woman called Margaret Gaj. It was a meeting place for a lot of political activists and students because it was very close to UCD. It served good, wholesome and inexpensive food and a lot of stimulating conversation used to take place.

At that time, in the late ‘60s and early ‘70s, there was a lot of student activity, a lot of protests – a lot of street protests. When you went to Gaj’s anyone who had anything going in that area was putting a poster up there because that is where everyone met.”

Did he ever get involved in any of the protests? “In college a little bit, yeah, but not on a large scale.

“A lot of people who were involved in the movement are now notable in Irish public life - Ruairi Quinn, Duncan Stewart, the architect, and Kevin Myers. People who were very strong leading in the student movement are in public life now. I have a lot of good memories of it – it was a stimulating time and a challenging time. I was coming from Limerick up to where there were street protests – I remember the police came into UCD and the students occupied the administration block in UCD. There was a lot of student activity that you don’t see now.”

The Riverdance composer began working with Arthur Riordan who penned the lyrics for the show, four years ago when he began writing the first songs. “This is now the fruit of a good few years of work. We did a number of workshops and demos and now this is the real thing,” he smiles.

While the show has a serious purpose, there is great humour in it, according to Mr Whelan, “really great humour”.

“It’s not afraid to be strongly satirical of institutions. Church and State get a good slap! It’s amazing the cast are all around the same age now as those women were in the ’70s when they were involved in this and their lives are completely different now. It’s very different times and yet in some ways it’s not.”

The musical runs for an hour and 50 minutes with an interval. Mr Whelan, a native of Barrington Street, is “delighted” to be coming to the Lime Tree with the premiere of the musical. “It’s great to see that theatre come to life and be such an important part of the community in Limerick now. I was involved during the City of Culture and I was in Limerick a lot and spent a lot more time over the last three or four years at home than I would have done in previous years and I certainly detect a new confidence and there is a great sense of renewal in the city which is really great. The river has really come to life – the city really looks great and we are really proud of it.”