Bressie’s Limerick rappers to launch EP in the Parkway 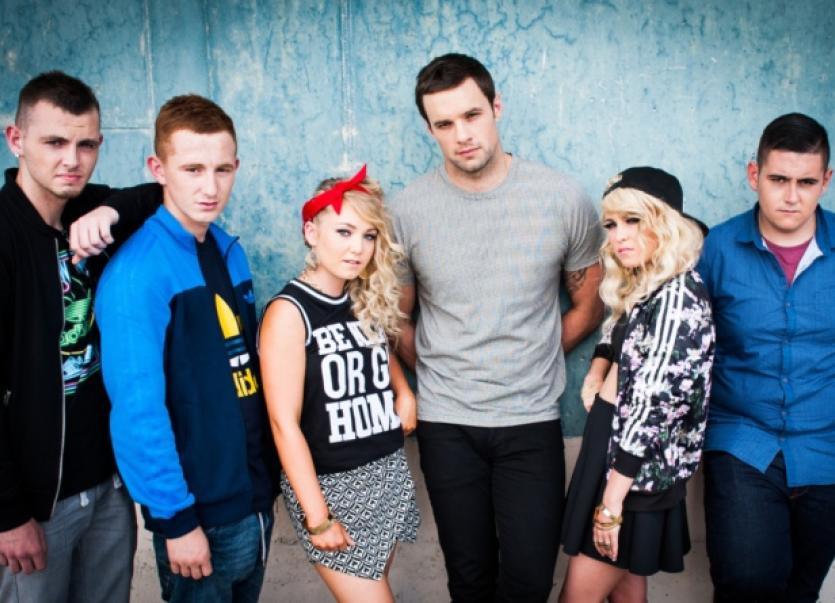 LIMERICK’S newest rap collective, formed through a RTE documentary, will launch their new EP in the Parkway this Wednesday.

LIMERICK’S newest rap collective, formed through a RTE documentary, will launch their new EP in the Parkway this Wednesday.

The Urban Dreamers - put together by Niall Breslin on the show Bressie’s Teenage Kicks - will sign copies of their EP Renegade Radio at HMV/Xtra Vision in the Parkway Shopping Centre at 12pm this Wednesday.

The rap group, made up of Nathan and Calvin from Moyross, Kelsey from St Mary’s Park, Damien from Rhebogue and Sherisse from Southill, were handpicked by the Voice of Ireland judge to form the band, a process that has been documented on the three hour RTE show, the final episode of which airs this Tuesday night.

The Urban Dreamers appeared on the Saturday Night Show at the weekend to perform the song, an upbeat rock-driven track that was written for the band by Bressie, with the lyrics entirely written by the five-piece from Limerick.

Speaking about the process of putting the band together, Bressie told the Limerick Leader that it was a “brilliant journey - it wasn’t forced”.

“An awful lot of television is - you get a lot of producers that say ‘we need this, or we need jeopardy’,” he said. “I said we were going to do it naturally, and let everything happen naturally, and if something comes out of it then good, and that is the risk we have to take. And we did, and it ultimately paid off.

He admits that “at the start it was fairly knocking heads against the wall, but we got there in the end”.

“I said, if you can change your focus - and you can still sing about the same things, try and bring an element of positivity to it.

“I decided I wanted to change the way they looked at songwriting, and I think it really helped.

“There is a lot of melody involved - a lot of rap music is based around loops and samples, we wanted it based around a band. Where I probably come into it is writing the guitar based stuff, that they could rap over.

“By the third episode something very special happens and I think all my answers, all my doubts were completely and utterly dispelled.”

The final episode of Bressie’s Teenage Kicks airs at 10pm on Tuesday on RTE Two.