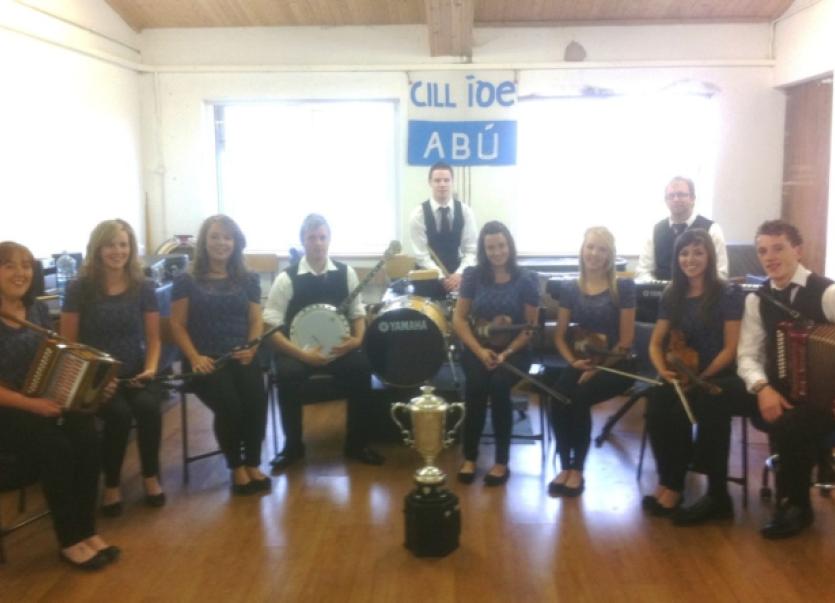 FRESH from winning one of the top prizes at last month’s Fleadh Cheoil na Mumhan, a group of young musicians from West Limerick are preparing to compete in the biggest competition of all.

FRESH from winning one of the top prizes at last month’s Fleadh Cheoil na Mumhan, a group of young musicians from West Limerick are preparing to compete in the biggest competition of all.

The Naomh Ide ceili band from the parish of Killeedy scooped the senior band title at last month’s Munster fleadh at the University of Limerick, and this week they were going over their last-minute preparations ahead of travelling to Derry for this year’s Fleadh Cheoil na  hEireann.

The band’s recent success has continued the rich local history of traditional music in Killeedy, which has been typified by the Killeedy Comhaltas group’s nurturing of young musical talent.

The group had another opportunity to relish their Munster success this Monday evening, when the band had a rehearsal event ahead of travelling to Derry for this weekend’s national championships. The three-day Fleadh Cheoil 2013 is the first time the world famous event will be taking place in Northern Ireland.

Under the instruction and mentoring of Neilus Herbert, the Killeedy group are confident of repeating their success north of the border. The band is made up of Gerard Naughton on drums; Dan Sheehan on piano; Liam Mulcahy on banjo; Christine Mulcahy, Ann Marie Fitzgerald and Sheila Flynn on the fiddle; Claire Heffernan and Michelle Hough on the flute and Norma Twomey and Darren Roche on the accordion.