Feast for the ears at the Brian Boru harp festival 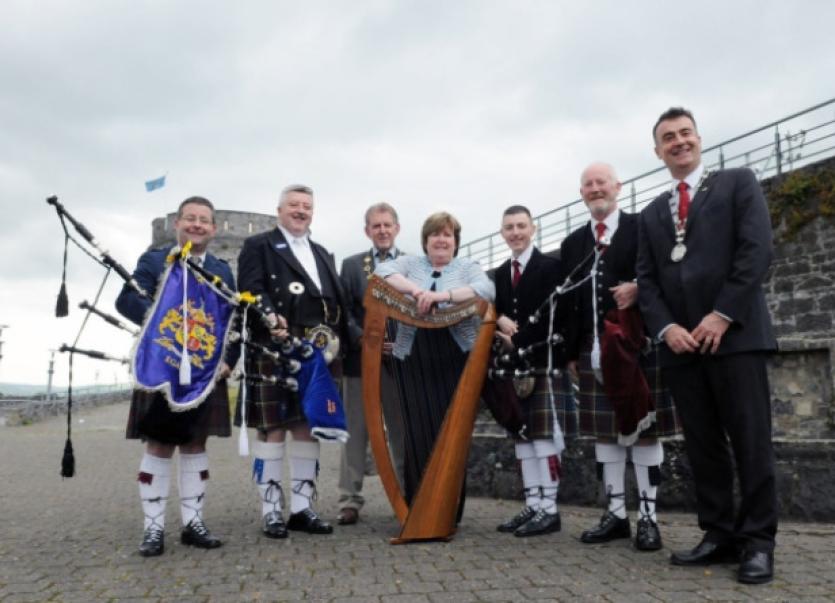 The brainchild of Janet Harbison, of the Irish Harp Centre in Castleconnell, begins on Monday, August 18. Launched by Mayor Michael Sheahan, the festival will mark the 1,000th anniversary of the death of Brian Boru, one of Ireland’s most renowned and heroic historical figures.

There will be six main concerts in St Mary’s Cathedral with Irish, American, French and Italian harp ensembles and solos. Four of these concerts, including the world premiere, feature Janet Harbison’s new musical production Brian Boru, Lion of Ireland - involving over 100 harps, the children’s and adult choirs of Maire Keary-Scanlan and the Limerick Pipe Band.

Four years ago Ms Harbison said she was leafing through the memoir of 18th century Tyrone harper Arthur O’Neill and a paragraph jumped out at her.

It read: “My next tour was towards Limerick and I met a Counsellor Macnamara, then Recorder of Limerick, who invited me to his house about five miles distant, called Castleconnell, where I was very well received. He had a house in Limerick in which was the skeleton of Brian Boru’s harp, and in consequence of the national esteem I held for its owner I newly strung it and then tuned it.

“It was not strung for upwards of two hundred years before which when done, Counsellor Macnamara requested me to strap it around my neck and to play it through that hospitable city, which I agreed to do. I played several tunes and I was followed by a procession of upwards of five hundred people,”

Ms Harbison said: “I was shocked, delighted and determined to inform the world of our very local role in Irish harp history.”

“I wanted to celebrate the story, inspire my students, inform the community and the nation at large; and bring harpers world-wide to Limerick to celebrate Brian Boru. Focusing on his story and legacy I composed Brian Boru, Lion of Ireland a 50 minute composition involving a large community of performers – of local, national and international harpers and harpists.” Her work presents the story of Brian Boru, the warrior king who united the Irish tribes to battle the Viking invasion; and features the age-old theme of Brian Boru’s March - known to all harp players the world over.

“With my co-author Larry De Cleir, the Ballad of Brian with its rousing chorus of ‘The eagle will soar, the lion will roar’ is certain to raise the spirits of young and old and bring our mighty High King into vibrant focus in this, his millennium year,” said Ms Harbison. Each concert in St Mary’s Cathedral will start at 8pm. The two international harp ensemble and solo concerts are on Monday and Wednesday 18 and 20. The three evening concerts of Brian Boru, Lion of Ireland are on Thursday, Friday and Saturday. A matinee performance specially for families is on Saturday, August 23 at 3pm. A harp summer school for all levels of playing ability takes place at the Irish Harp Centre in Castleconnell throughout the week. On Friday, August 22, there is a one-day conference – Brian Boru, his Harp and Legacy. Late gigs featuring solo players and small ensembles are on upstairs in the Locke Bar every night Monday to Saturday from 11pm. Full details and tickets see www.BrianBoruMillennium.com or contact 061 372 777.