Evan Cotter’s Voice of Ireland run comes to an end 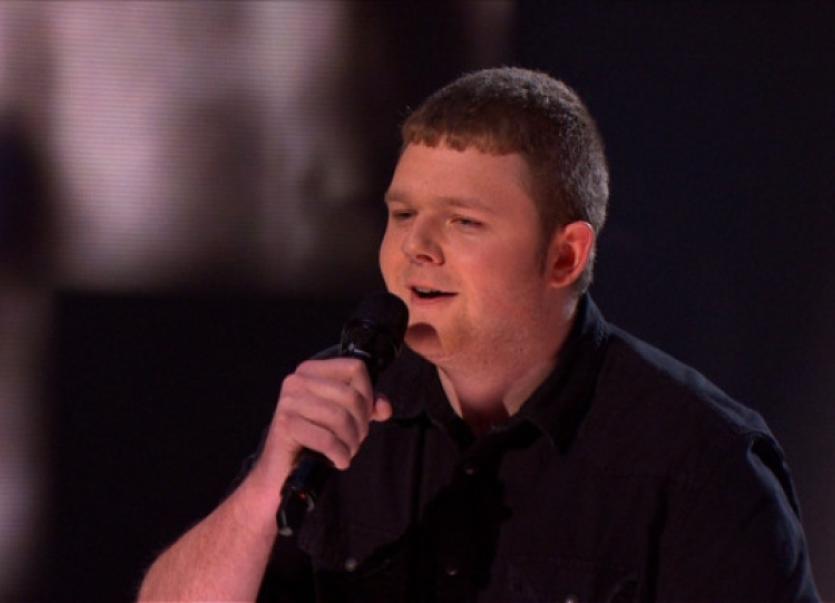 GARRYOWEN’S Evan Cotter has seen his impressive run on the Voice of Ireland sadly come to an end.

GARRYOWEN’S Evan Cotter has seen his impressive run on the Voice of Ireland sadly come to an end.

Folk singer Evan’s failure to make it through the live knockout stages on Sunday night means that Niall O’Halloran is Limerick’s sole representative in the hit RTE show going into the quarter finals.

Twenty-year-old Evan, who describes himself a big fan of traditional Irish music and has Christy Moore and Luke Kelly as among his favourite artists, was on Saturdays star Una Foden’s team and performed Bad, Bad Leeroy Brown by Jim Croce on Sunday night’s show.

The Garryowen man received positive comments from the other three Voice of Ireland judges, with Bressie declaring: “Evan if you were singing in a pub I would love it, you do entertain me I think it was really strong.”

“I wanted to get up there and dance with you. You are fantastic and you entertained us,” said Rachel Stevens of S Club 7 fame.

“I loved that, it was great fun, the big question is you can you stand up to some powerful singers in this competition?” added Westlife’s Kian Egan.

Foden declared of the young Limerick man: “We have seen a whole new side to you. You have come so far.”

Evan was up against Kelley McArdle and Corkonian John Sheehy, who performed Katy Perry’s Firework and was ultimately selected to go through to the latter stages by Foden, leaving Evan out of the competition.

But bookies favourite Niall O’Halloran, from Parteen but born and raised in Limerick city, remains in the hunt and will appear in the live quarterfinal this Sunday night.

The former Ardscoil Ris student - also a member of Una Foden’s team - remains a favourite with the bookies to win the competition and a recording contract with Universal.

Bookies BoyleSports have O’Halloran at 7/4, followed closely by team mate Patrick Donoghue at 7/2 and Kayleigh Cullinan at 5/1, plus Denise Morgan, both part of Team Bressie, at 7/1.