The Riptide Movement still surfing a wave of acclaim 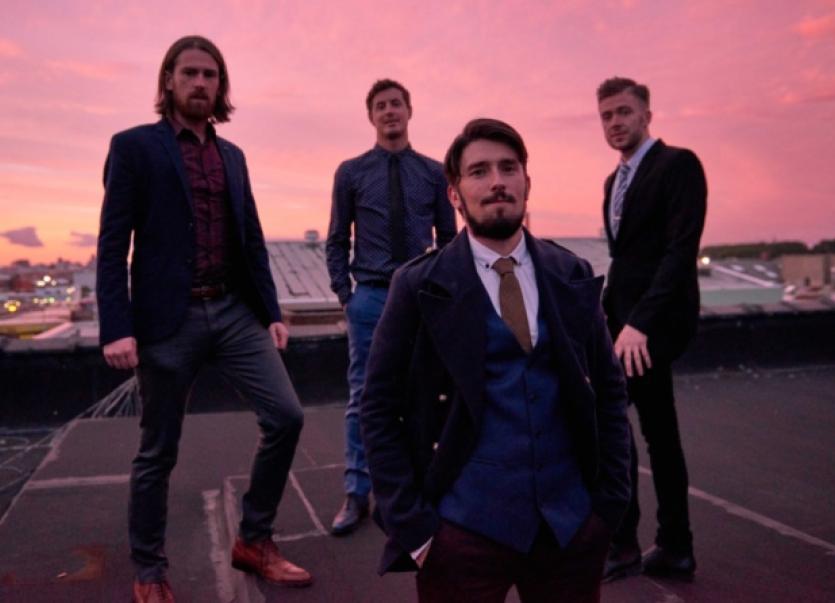 VIDEOS have proven to be a particularly strong suit for top Irish band The Riptide Movement.

VIDEOS have proven to be a particularly strong suit for top Irish band The Riptide Movement.

The one that accompanied their hit single It All Works Out - that also featured on a Discover Ireland ad campaign - boasted Amy Huberman in a mental institution, seemingly hearing an imaginary band play to her from all corners of her mind. Simple, but very effective.

On the day that Riptide Movement guitarist JP Dalton checks in with the Limerick Leader ahead of their pending appearance at WestFest, the band have just finished shooting another video for new single, Animal.

“We got a studio in Dublin - a big room and just got about 40 or 50 fans in and just did a performance video. It went really well,” he says.

“It is cool when they do it right,” he says of the ideas behind such videos. “I guess - what comes to my mind (in this instance) is Nirvana, Smells Like Teen Spirit. It wasn’t quite...well it was actually - if you get people and you get the energy right, the video can come out great. The energy level was good,” he laughs, reliving the hysteria again. The single is due out soon, he adds.

The Riptide - also made up of Mal Tuohy, Gerard McGarry and Gar Byrne - have had a big year since the release last year of third album Getting Through. Not only was it the first to be released with major label support on Universal - it was also, timely enough, the first to hit number one spot in the charts for the Dublin fourpiece.

Choice nominations followed - song and album of the year - and a “really busy period” of promo and touring, leading the band to, as Dalton admits, “just catch the breath any days we have off”.

“Yeah - it has been crazy actually. It seems to be that even when we get a bit of time between gigs we are writing music for the next album, which we are going to record in LA with our producer from the third album,” he says of Flogging Molly’s Ted Hutt, who has also worked with the likes of Dropkick Murphys and The Gaslight Anthem, the latter whom Riptide share a similar raw rock and roll style and feel with on occasion.

“So even when we are not busy touring and gigging, we are still writing and demoing and there always seems to be something. I suppose that is a good thing - because it keeps you on your toes and ready,” he adds.

The quartet were walking up Grafton Street - an old busking stomping ground - when they heard about the number one, leading to an impromptu champagne celebration on the roof of Stephen’s Green carpark, scene of recording for a song called Reno from 2009 debut album What About The Tip Jars.

“We were delighted with the reaction to it,” says Dalton. “It was one of the best tours we ever did. The tour aside - the reaction to getting a number one album was amazing, an amazing feeling. It is like a statement and the feedback for us on how things were going over here as well.”

After festival appearances at Reading and Leeds in the UK - where the Riptide are slowly seeing an impact - it is back to Ireland for Electric Picnic and WestFest in September, a festival JP says offers great “good bang for your buck” with an “amazing line-up”.