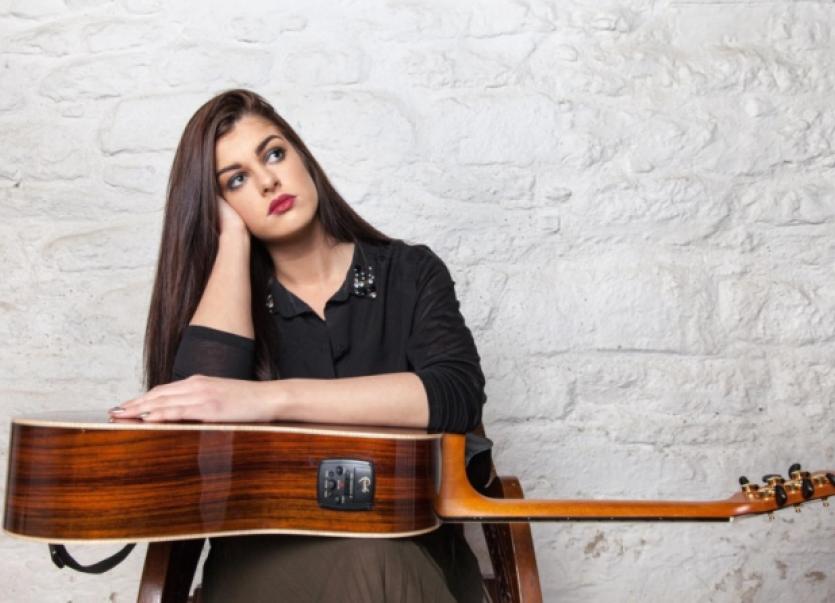 DESPITE bookies’ favourite Niall O’Halloran bowing out of the Voice of Ireland last weekend, Limerick retains a strong interest in the hit television show.

DESPITE bookies’ favourite Niall O’Halloran bowing out of the Voice of Ireland last weekend, Limerick retains a strong interest in the hit television show.

Sarah McTernan, who lives in Ennis, qualified for the semi-finals of the show last Sunday as Parteen man Niall bowed out.

Sarah, whose mother lives in Dromkeen, where the talented young singer regularly visits, also has also has many relatives living in various parts of Limerick city.

The 20 year old is studying vocals and dance in University Limerick and credits her mum with “always pushing her to sing and play instruments”.

Sarah, who is part of former S Club 7 star Rachel Stevens’ team, qualified after shining through with her performance of the chart topping hit What I Did For Love by David Guetta and Emeli Sandé on last Sunday’s quarter final show.

Rival judge Bressie said he had “no doubt” that Sarah had the talent to go through but he stressed that she “needs to keep working on her confidence” when performing.

Rachel disagreed and said that she thinks Sarah was “there already”, ultimately deciding to save the Ennis lass and give her another chance in the semi-final, at the expense of Paddy Kennedy and Kieran McKillop.

Sarah will take part in the semi-final this Sunday and will perform Earned It by Canadian crooner The Weeknd, which featured in Fifty Shades of Grey. She will be aiming to be still in with a chance to win the show and a recording contract with Universal when the final takes place on April 26.

Unfortunately former Ardscoil Ris student Niall - from Parteen but born and raised in Limerick city - who was the bookies’ favourite to win the show, saw his cover of Sam Smith’s Like I Can failed to ignite the show and just missed out on a semi final spot.

Judge Una Foden paid tribute to Niall on Twitter: “So sad for @NiallOHalloran2 but remember his name cause this boy will go very far in music, mark my words.”