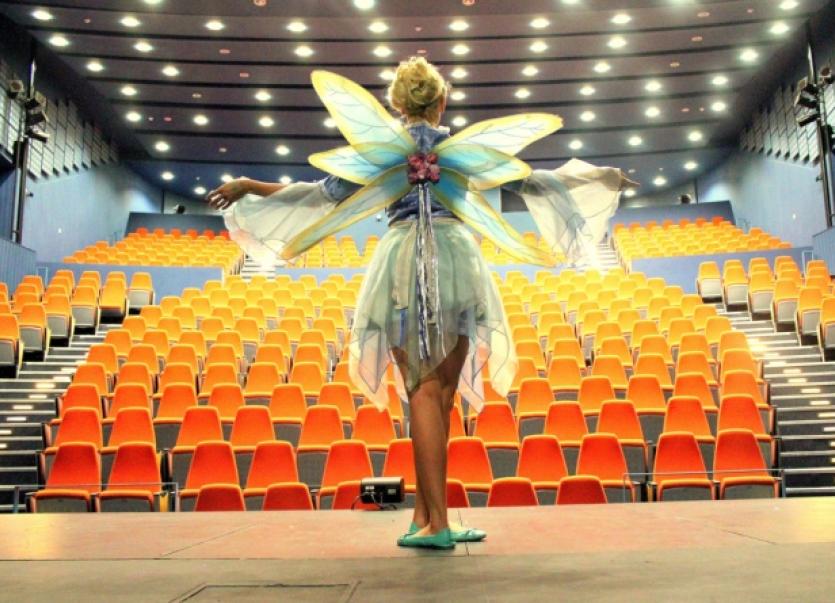 EMMA O’Driscoll is a busy woman. Currently working on five different shows for RTE Junior, which has expanded its digital offering, she is gearing up to star in her second successive panto in the Lime Tree this Christmas.

EMMA O’Driscoll is a busy woman. Currently working on five different shows for RTE Junior, which has expanded its digital offering, she is gearing up to star in her second successive panto in the Lime Tree this Christmas.

The Limerick television presenter and former member of pop group Six is about to see her Christmas holiday season go into overdrive as she stars as Tinker Bell in Limerick Panto Society’s Peter Pan.

“I am back and I am very excited about this year’s part because I am playing an extra glittery fairy who gets to fly. Every girl’s dream!” she laughs.

Emma is reprising her role with the long running panto society - presenting their 29th production this year - after a successful stint as Belle in Beauty and the Beast last year, which was the society’s first in the 510 seater Lime Tree.

“It was my first time performing on the Lime Tree stage and you know what, it is such an asset to the city, it is an incredible theatre,” she says.

“I love it, I really got the bug massively for live performing after being on that stage last year. If there is one element with television you don’t always - sometimes you do, it depends - have a live audience in front of you.

“It is just having the buzz and the warmth of the crowd, giving you feedback, creates more energy on stage as well. I suppose it is invaluable as a performer, one skill supports the other. I really find that the stage supports the screen - they both help each other.”

Peter Pan has been adapted by John Finn - who also plays Captain Hook - and features Stuart Mackey in the title role and Tim Cusack as the Dame, while local stage schools Spotlight and Expressive Arts also feature in what is sure to be an enthralling production.

“There is a great buzz among the cast and everybody is really excited about it. We have been rehearsing since October,” explains Emma.

“It is the first time that the society have done Peter Pan, so it is exciting for them, and John Finn wrote a script from scratch, he is just gifted. It is an epic story and I am delighted to be performing this year.”