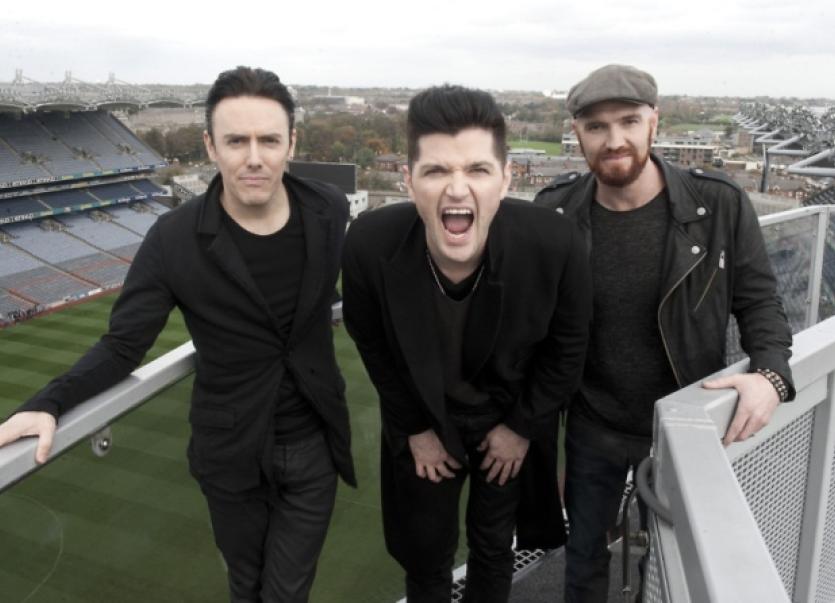 THINGS weren’t going according to the script for three Limerick students who lost their prized tickets to see one of their favourite bands – until a ‘superhero’ came to their rescue.

THINGS weren’t going according to the script for three Limerick students who lost their prized tickets to see one of their favourite bands – until a ‘superhero’ came to their rescue.

Cian McNamara, Corbally, Nathan Breen, Caherdavin, and Adam Murphy, Ardnacrusha, were left distraught after realising – when halfway to Croke Park – that they had lost their tickets to see international superstars The Script recently.

“We were chatting away when we asked Adam if he had the tickets,” said Cian. “When he checked he realised he must have forgotten them, so we started panicking.”

The lads quickly took to social media in a panic, hoping to organise new tickets. Luckily for them, help was already at hand.

The tickets had been left on a wall at Arthur’s Quay as the three were boarding the bus and they were found by Emma O’Brien, who was waiting to catch a bus to Killaloe. Emma phoned home and her dad Pat took over, contacting the bus company to let them know about the find.

“As we approached the Red Cow Luas stop, a bus driver came on board and asked if anyone from Limerick had lost tickets to the gig,” said Cian.

“Then, Pat O’Brien phoned me to say he had driven in to Annacotty and given them to the next bus driver heading to Dublin.”

The lads received their tickets in good time for the gig and then took to social media again in a bid to track down Pat and thank him. Despite his post getting more than 100 shares on Facebook, Pat proved elusive.

Cian appeared on Live 95FM last Thursday to share his story, and within minutes the station had received a call from Pat’s wife, Yvonne.

“We really want to make it up to him, just to do something to say thanks,” Cian told the Limerick Leader.

“There are not enough people like him around these days. He could have made a profit off these tickets if he wanted to, but he chose to do the right thing,” he added.

Despite their good deed, the O’Brien family insisted that they didn’t want anything in return.

“It was an opportunity for us to do a good turn,” said Yvonne. “It’s a good feeling to be able to help someone out.”