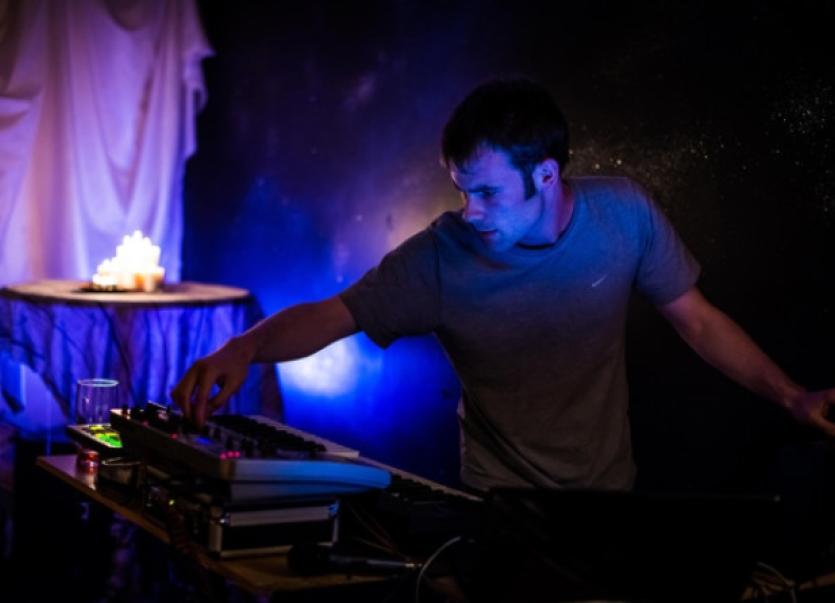 AFTER a busy year working on City of Culture events and new projects, Limerick musician Paddy Mulcahy expects 2015 to be his most successful year for his up-and-coming career.

AFTER a busy year working on City of Culture events and new projects, Limerick musician Paddy Mulcahy expects 2015 to be his most successful year for his up-and-coming career.

Known as Nubus, the largely electronic music producer says he has explored a range of musical styles since getting involved in music in his early teens, and is now focusing on a multitude of film scores with local filmmaker James Skerritt.

The 21-year-old electronic musician has had an active year, contributing to the renowned Pigtown Fling event in September and to a short film entry in the more recent Richard Harris International Film Festival.

Nubus is son of Brian Mulcahy, member of well-known local band The O’Malleys. For the Pigtown Fling, the music project overseen by Noel Hogan of the Cranberries and John Greenwood, father and son grouped together for a “unique” instrumental performance.

“The Pigtown Fling was great. It was a pretty huge gig. Everyone came together over the course of around six months and it was just a great experience overall, especially to get the opportunity to play with my Dad.

“There wasn’t much preparation, really. I had about the entire piano piece written out for the two of us and he just came into the studio, sat in and played over with his guitar.

“We did two takes in the studio and then, before the gig, we only did two rehearsals and that was all. But it was a great gig and we worked really well together.”

After a well received screening of Skerritt’s short Night of the Lonely Dead at Harris Festival, Paddy is set to work on more than 20 film scores with the director.

“I did the film score for James, which took less than 48 hours of work, in February, just after the weather damage. We had a nice weekend putting that together. It has literally been released all over the place. It was played at Electric Picnic on the Sunday and it was even played at some festival in Warsaw.

Mulcahy is excited by the prospect of composing for film and video.

“Composing for film and video is something that I really enjoy doing. I think with this style of music, there is a difference to ordinary music writing, where you can sit in front of the screen and the music will almost write itself; a correlation between the visuals and the music.

“It was one of the first films to push me down the film score rabbit hole.”

The young musician, a regular performer at DIE in Dolan’s, has played across Ireland and the UK and says 2015 will be a game-changer on all musical fronts, particularly his live performances.

“I’m working on a new live set at the moment. I’m going to develop on a few things and it’s going to be more real than any of my previous gigs. I’m working on a live string quartet album soon and I am going to release a vinyl in January with Fox Jaw, a remix of their song Siren’s Call.”

Paddy Mulcahy’s music can be heard on his website, www.nubus.me.