God Knows this musical relationship is no random act 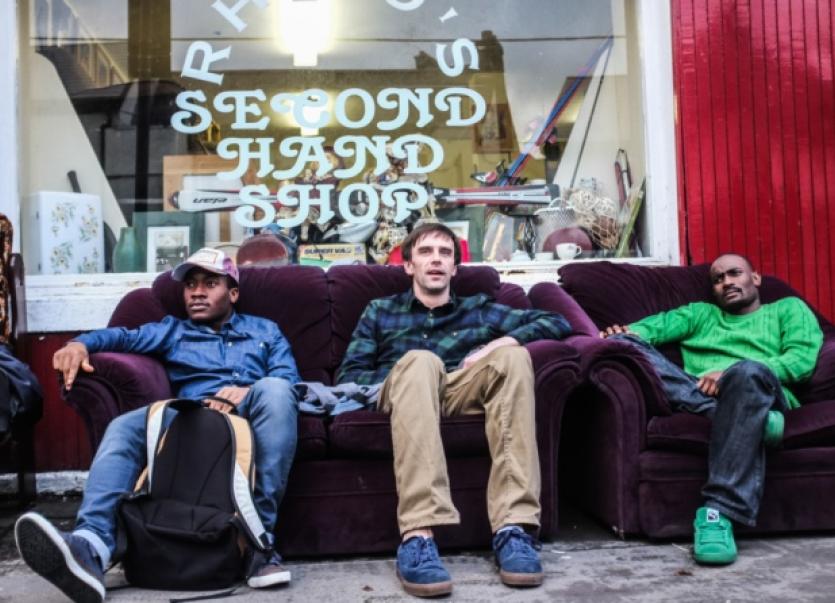 IN one of many eloquent, affecting moments on what we consider a contender for Irish album of the year, God Knows Jonas raps about a sense of place in a country he wasn’t born in: “I belong here,” he tells the listener, pride echoing in his voice.

IN one of many eloquent, affecting moments on what we consider a contender for Irish album of the year, God Knows Jonas raps about a sense of place in a country he wasn’t born in: “I belong here,” he tells the listener, pride echoing in his voice.

Identity and belonging are repeat themes on Rusangano/Family, the brilliant album released in May by the Zimbabwean born, Shannon raised, Limerick identifying rapper God Knows and top scratch turntablist and producer MynameisjOhn - alter ego of Clare man John Lillis, who also plies his trade in Limerick.

The duo, plus fellow vocalist MuRLI, produced an 11-track monster bursting with honesty and samples, a hip hop-electro mash-up that has won them fans as diverse as Snoop Dog and Ed Sheeran.

Lillis has been on our radar for several years as a result of several astonishing EPs - notably 2012’s The Thinker and The Prover - but his collaboration with the rappers has brought them all to a higher level of creativity.

God Knows, a charismatic MC and product of Shannon’s Random Act of Kindness crew, met Lillis through the Ennis man’s work with the Clare Youth Service and they hit it off immediately.

“We became friends a long time before we even did a show,” says God Knows, who fuses grime, rap and spoken word into his eclectic style. “At the time there was a lot of kids in the Clare Youth Service where John used to work, who listened to our music and one time he said, ‘come perform here’.

“We first started performing together before we actually had music, so he already had that back catalogue and I had tons of lyrics. I think one gig in Lahinch really sparked everything and that was just it.”

That was the beginning. An “organic relationship” quickly developed between the two, Lillis seeking a frontman and God Knows someone to twin his dramatic lyrical wordplay with a musical style. The differences between them formed a bond. Recording for an album started in January 2013, but life got in the way. Music was the release.

“Music was our way to go and really put everything aside and concentrate on the love and passion we have for it,” says God Knows. “It just worked superbly when it came to making the music. He knew my background and I knew the style of where he was going with this music, so when it came to it, each track was fun.

“You forget that you are making music when you are having fun and amazing conversations. We made that purely on the fact that we loved what we were doing. So to get a reaction from people was just the icing on the cake.”

There was quite a reaction. Radio play on BBC, favourable reviews in the Guardian, and a call to support Snoop Dog in Dublin this summer.

“I could go anywhere in the world and say I supported Snoop and get kudos for that. So shout out to Uncle Snoop, thank you for that. Because he really did change things a bit, it made people go ‘who are these guys’?”

Then, at a recent wedding at which they performed, they realised quickly that Ed Sheeran was up on stage with them, jumping around.

“Afterwards he said, I really enjoyed that performance, I have never seen anything like you guys before, and also keep in touch. So we have and he is a good human,” smiles God Knows.

Unsurprisingly, given the rapper’s diverse background - born in Harare and educated at an Irish run pre-school before a move to England at 10 and later Shannon in his mid teens- themes of identity abound on the record that they hope will “change the game”. Including such references and musing on the notion of belonging was “very intentional”.

“It was. I can’t lie. I guess - it is not every day when you can sit down and accept it each other, love each other for your differences,” he says. “You can meet somebody and be so different but yet, there is a marriage there in terms of what you do. I think that is why it works so well, because he accepted my differences and I his.

“Also, we break a lot of barriers between ourselves, him being a Clare man and me being a Zimbabwean person and also knowing that I am a minority in Ireland, but knowing that I love Ireland, and him being so cultured and knowledgeable. We really understand each other.”

Asked to reflect on the impact God Knows has had on his music, John struggles for words.

“Its not often that I’m stuck for words, but its tough to explain how much respect and love I have for God Knows. He is my brother. Best human ever.”

With the addition of MuRLI - “an amazing lyricist, an all round product,” says God Knows - a name change on the horizon and a ton of material written and ready to go next year, the world is there for the taking for this group. Watch out.

God Knows and MynameisjOhn play Dolan’s Warehouse this Saturday, with support from Nanu Nanu and the Donkey Ford Soundsystem