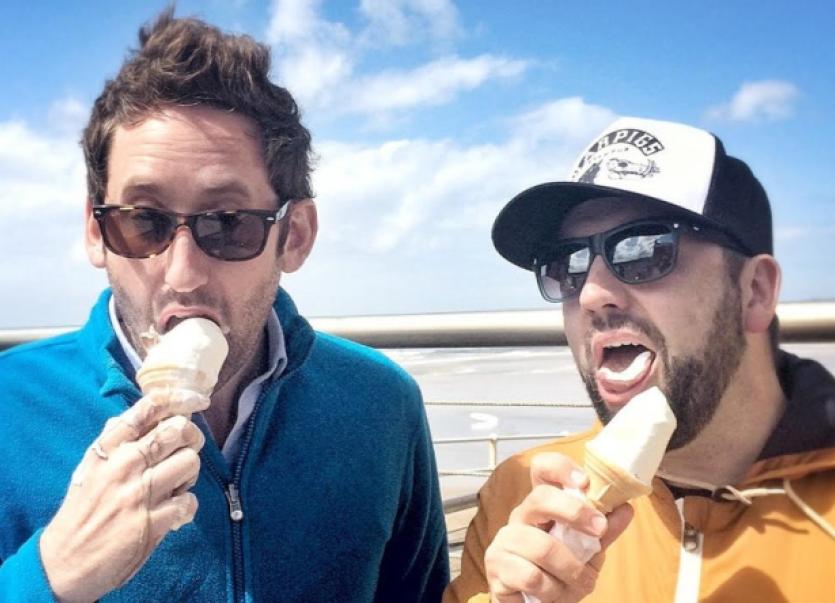 STEVE Ryan smiles and says he is “looking forward” to reuniting with his old musical partner in crime Keith Lawler for four Giveamanakick shows this September and October.

STEVE Ryan smiles and says he is “looking forward” to reuniting with his old musical partner in crime Keith Lawler for four Giveamanakick shows this September and October.

But, he adds, the duo will be “getting back on the bikes now for a few weeks in preparation”. This is no glib remark, such is the ferocity of a GAMAK show, the duo creating a wall of sound that a ten piece band would be preening over.

The two-piece - bone-fide members of Limerick’s rock royalty - are reuniting to mark the tenth anniversary of seminal album We Are The Way Forward.

They split in 2009 and have played just once in the intervening period - a tenth birthday party for the Out On A Limb record label, who will re-release the monster album from 2005.

We Are The Way Forward was GAMAK’s second of three critically acclaimed albums released in a seven year period and was noted for its swashbuckling assault on the senses - in the very best of ways.

It garnered an element of cult status and became a firm fan favourite, with Steve and Keith travelling up and down the country, playing with a host of musical luminaries - “there were loads, can’t remember ‘em all,” smiles Steve - as well as hitting Europe, Canada, and the USA on the promotional tour.

The album will get a new lease of life as a very limited edition 180grm heavyweight vinyl LP release to mark the tenth anniversary, of which Steve says “people have actually been asking us to do this for years”. The noisenik duo will play Dolan’s on September 26, along with shows at the Roisin Dubh Whelan’s and DeBarra’s.

Meanwhile, in his other capacity, Steve will play with Windings in their first Limerick gig in almost a year this Sunday afternoon, at an all ages show in Dolan’s Warehouse.

The band, who will be playing 80% new songs that are soon to be recorded for a new album, will be joined by Protobaby, LittleTents, Monday Villains, and Locke And Quay for the all ages show, taking place from 3-7pm this Sunday - at the superb price of just €5.