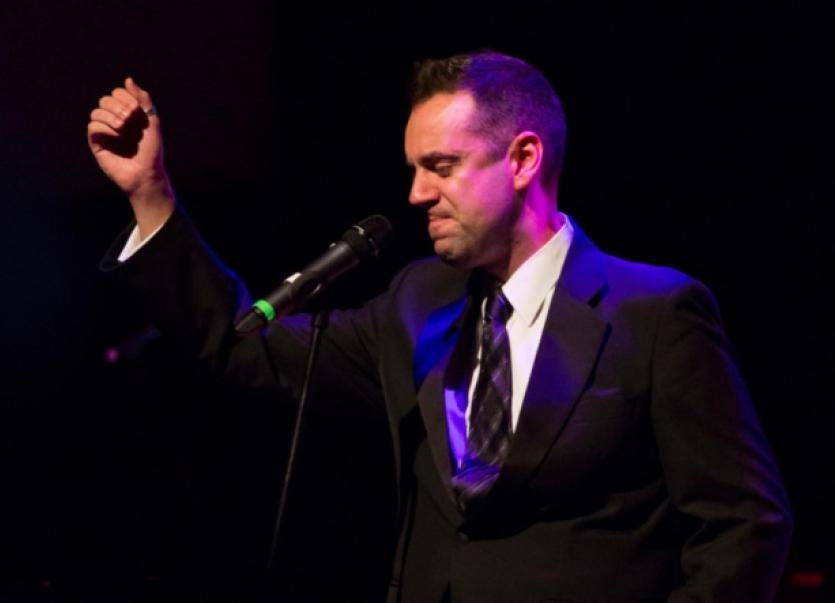 Two’s Company, featuring the duo singing a diverse range of songs with West End based musical director James Doughty overseeing proceedings, takes to the stage in the Warehouse this Saturday.

Liam, who marked ten years of the extremely popular Crooning at Christmas shows in December, will be joined by Limerick’s own McCann, currently on tour in the UK with West End hit musical Wicked.

Brian will be taking a week off from the show to pop home to Limerick in what the duo clearly hope will be a winning formula that might end up as a hit internationally.

“Limerick has such an incredible history of successful singers who work abroad, but it’s always such a pleasure to have the opportunity to perform at home,” said McCann, who has played the lead in The Phantom of the Opera and appeared in shows including The Rocky Horror Show, Tommy, We Will Rock You and Jerry Springer: The Opera over the course of his storied West End career.

“Liam is an old friend, and we plan on having a lot of fun on this show, and promise the home crowd will too,” he added.

O’Brien, a founder member of Bottom Dog Theatre Company and former Emmerdale star, has also plied his trade on the West End with touring show The Rat Pack – Live from Las Vegas, which played at London’s famous Palladium.

He said: “Performing in Limerick is always close to my heart, and to have the opportunity to bring Brian back for this brand new concept is incredibly exciting.

“To debut the show at Ireland’s recently voted number one venue in Dolan’s is the icing on the cake,” he added, a reference to Dolan’s taking home the IMRO venue of the year award in February.

Doughty has created beautiful arrangements of classic songs such as You’ve Lost That Loving Feeling, Bridge Over Troubled Water and Yesterday and the show will also feature some wonderful surprises, Liam explained.

Tickets for the 90 minute show, which will be recorded on the night, are available at www.dolans.ie or by calling 061 314483.