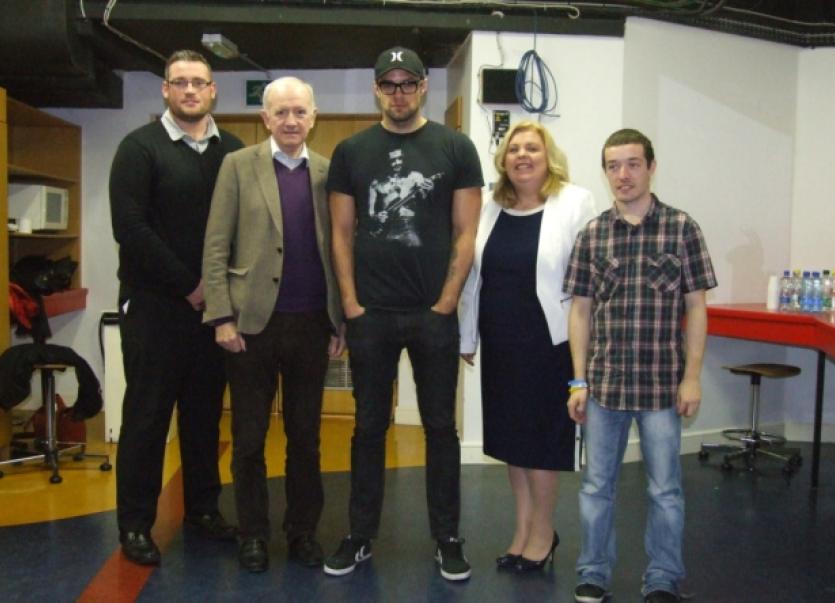 More than 450 people packed into the college’s Millennium Theatre to hear the Voice of Ireland judge speak about his own struggle with health issues.

Bressie, who is involved with 12 other acts on the Simple Things, an album in aid of Cycle Against Suicide, has been open about his struggles with mental health, admitting that he has frequently experienced panic attacks, and acute anxiety.

Urging students to reach out and get help, Bressie said it is key for them to find out what works for them.

The singer and former rugby player said it is sport and music which works for him, and has recently completed an Iron Man competition, as well as numerous triathlons.

LIT counselling boss Noreen Keane said research shows the mental health of students is worse than that of the general population.

“Perhaps it’s the likes of Bressie and many other well known males and sports personalities talking about their mental health has encouraged more males to seek help and thus is reduce the stigma. But we still have more to do,” she added.

These included the fact that four men die by suicide to just one woman.

“I got bullied for the way I talked, my weight. Everything really, every part of my being. I got bullied because I loved to sing for my love of music and who I liked in music but little did they know music was my escape. I got lost in the music so I didn’t have to think about anything else”.

He said it was the counselling service of LIT which helped him through the problems. Many groups set up information stands to support the event, including GROW, Mental Health Ireland and USI.