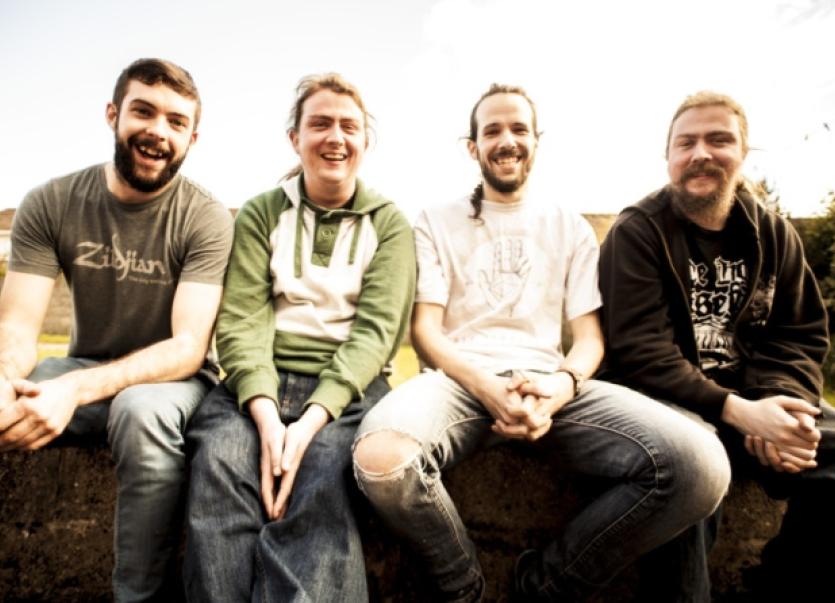 THE roots of Limerick band Shardborne stretch back over ten years, similarly long and sinewy in fashion to the living tree-like bridges that adorn the wonderfully illustrated cover of the quartet’s new album.

The four piece instrumental ‘progressive-metal’ band - their words - formed in some fashion in 2004, but came into their own with the release of EP Aeonian Sequence in 2011 and the addition of bassist Cormac O’Farrell to the ranks of the band, made up of twin brothers Ciaran and Eoin Culhane and prodigious drummer Ben Wanders.

This Friday, they release debut album Living Bridges on Limerick record label Out On A Limb - home to Giveamanakick, Windings and Rest, who encouraged Shardborne towards the alternative label. It is the product of more than two years work for the band, who went out of their way to make it a record to be proud of.

And what a record - bone shuddering metal in places, but bursting with melody and the soaring guitar lines of the Culhane brothers, joined together with the driving rhythm section of Wanders and O’Farrell. They wanted to make a record “that we can stand over,” Ciaran explains.

“Definitely yes. Because knowing how much time we put into it, how many different days we spent on every little part, to have it finished and for us to be happy with it, we are delighted. We feel that it is something that we can stand behind,” he says of the record, mixed and mastered by producer Jamie King.

For a metal band, Shardborne are refreshing in their attempt to mix melody into their music - not unlike And So I Watch You From Afar.

“We like to try and experiment with melody,” says Ciaran. “We try to make it - not necessarily accessible, but we try to make it very musical. Blending styles - we like things to be heavy, but at the same time, if you can go away humming riff or there is a melody line that you find yourself singing it a couple of days later, that is the kind of thing we strive for, disguising it in a metal band!”

OOAL were right at the top of Shardborne’s list to put out the record and are a natural fit. As is Dolan’s, where they will launch the album this Saturday night, a venue that Ciaran says have been “very good” to the band and is a “nice home for music”.