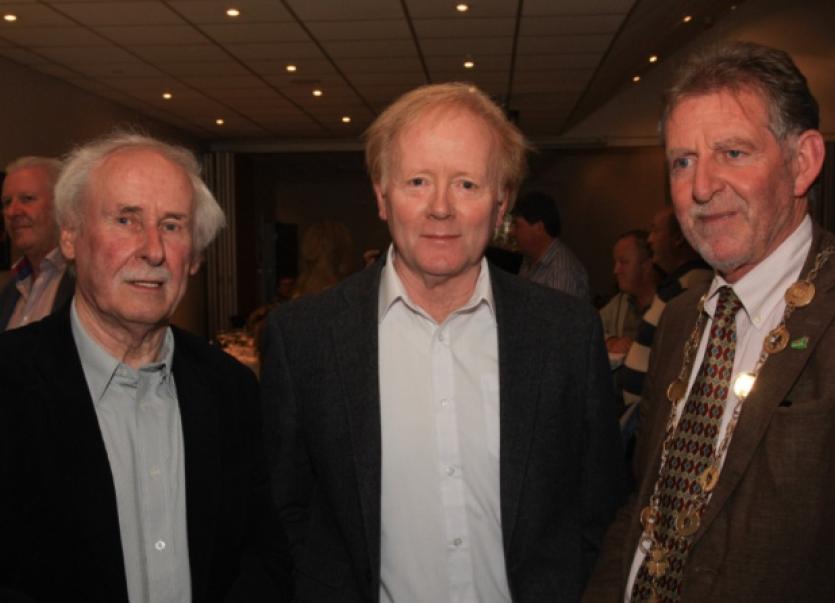 LEGENDS of the Limerick music scene including Denis Allen, Tommy Drennan and Johnny Duhan are to perform a concert to raise funds for three schools in the city.

LEGENDS of the Limerick music scene including Denis Allen, Tommy Drennan and Johnny Duhan are to perform a concert to raise funds for three schools in the city.

The Rotary Club of Limerick and Shannon has organised the Limerick Legends in Concert, taking place in the Greenhills Hotel on Friday, November 20.

Rotary said it was holding the concert to recognise the contribution of the three schools to “the educational, business and social life of Limerick over the past decades”, in particular the 200th anniversary of the founding of CBS in Sexton Street.

Swinging in behind the initiative are past pupils and music legends Denis Allen, Tommy Drennan, Johnny Duhan, Mick Hanly and Bryan Meehan, who will be the star attractions at the concert, which will be produced by Paddy Brennan and hosted on the night by Lorcan Murray. Tickets are €20 and can be purchased from the three schools or from Rotary Club members.

We have a pair to giveaway, simply email competitions@limerickleader.ie with ‘Limerick Legends’ in the subject line and include your contract details.