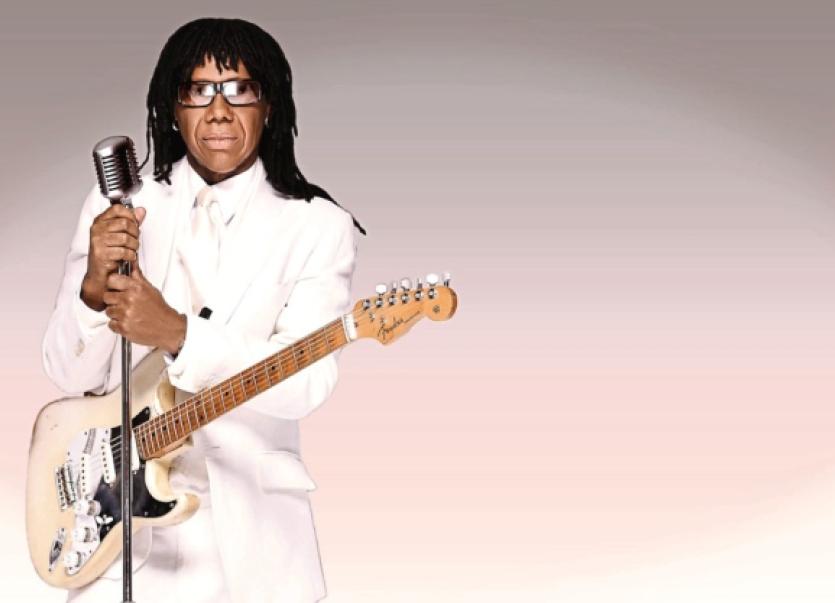 HE is coming back and he is bringing the “world’s most successful guitar”.

HE is coming back and he is bringing the “world’s most successful guitar”.

The Big Top is gearing up for the return of legendary hitmaker Nile Rodgers and Chic for what is sure to be another triumphant gig – two years since he played the city venue.

Rodgers returns to the Milk Market next Tuesday, November 10 (doors 7pm, tickets €45), scene of a memorable gig in 2013, where punters were treated to a dizzying set list of classic hits.

Bookers Dolan’s said they were “delighted” to be bringing the superstar and one of the “greatest dance music bands of all time” back to Limerick, fresh from the success of new smash single, I’ll Be There.

“It is a massive compliment for Nile Rodgers to return to the city. It was without doubt one of the best shows the city has ever seen,” said Neil Dolan.

Those that flocked to the Chic gig in 2013 were rewarded with a celebration of Rodgers’ legendary hits as he took the audience through a dizzying set-list of classics.

Opening with Everybody Dance and running through a starry hitlist of his greatest hits, Rodgers filled out the set with songs from David Bowie, Madonna, Diana Ross, Duran Duran and more, all of which he wrote or had a hand in writing.

Rodgers’ trusty Fender guitar - the Hitmaker - is estimated to have played on songs amassing an incredible $2 billion, with the Chic frontman having sold in the region of 100 million records himself.

During the Limerick gig, Rodgers spoke frankly of the aggressive cancer he was diagnosed with in 2011, from which he has made a complete recovery

He also loudly proclaimed the gig to have been “completely amazing” and spent a wealth of time shaking hands with the audience and gleefully posing for pictures afterwards.