The brothers Jablokov return to the University Concert Hall 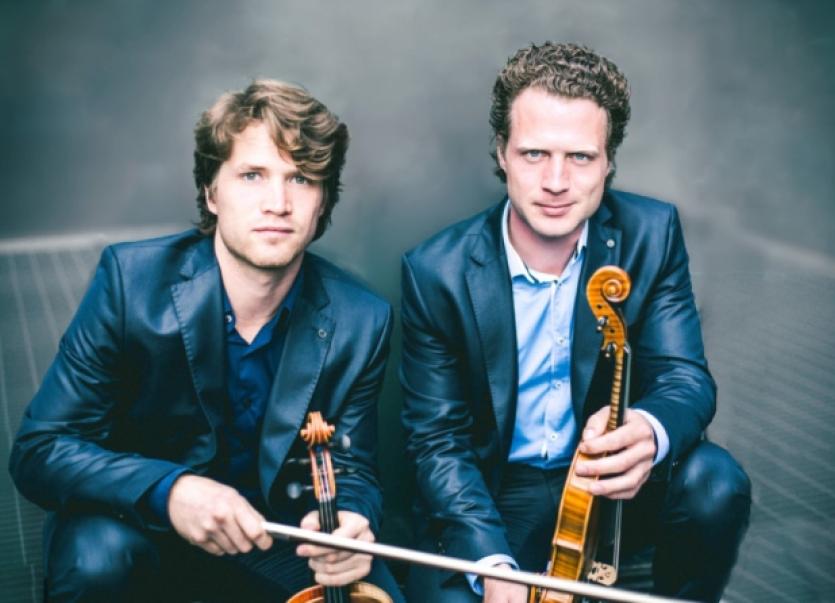 SLOVAKIAN sibling musicians with a shared rare gift – mastery of the classical violin - will return to the University Concert Hall later this month.

SLOVAKIAN sibling musicians with a shared rare gift – mastery of the classical violin - will return to the University Concert Hall later this month.

Vladimir and Anton Jablokov, who share an almost telepathic sense of musical intuition, will perform their Two Brothers show on Wednesday, November 25.

The duo will perform a host of traditional Russian tunes, popular classical pieces, themes from movies and musicals, as well as singalong favourites.

The show celebrates popular classical music by the great composers, with the brothers highlighting their Russian heritage.

Older brother Vladimir has established himself as one of the brightest young stars on the Irish classical scene, with love of both Viennese music and contemporary pop.

All of his siblings are musicians and Vladimir, who met his future wife, from Lithuania, when he was busking on Grafton Street, is “once again delighted to share the stage with his equally gifted younger brother Anton”.

The sons of a gifted Russian violinist and conductor, the brothers have been playing together for almost twenty years.

They push each other to greater heights of artistic expression, with joyful harmony and thrilling clashes, as they translate a sibling rivalry into a musical soundtrack.

The UCH plays host this weekend to a show with Frances Black and Kieran Goss, on a Reunion tour around Ireland. While they have both enjoyed success in their solo careers, it has been 20 years since they last toured together. The duo play this Saturday.