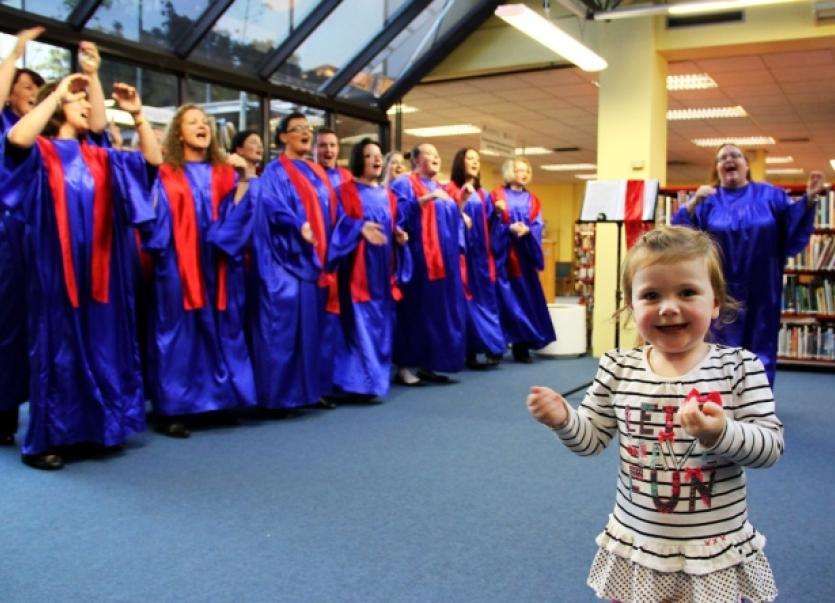 LIMERICK is preparing to come to life for the sixth staging of the annual Culture Night initiative this Friday, with over 50 events running over five hours.

LIMERICK is preparing to come to life for the sixth staging of the annual Culture Night initiative this Friday, with over 50 events running over five hours.

The vibrant, colourful ‘night of culture’ sees venues throw open their doors for free, and later than usual, to entice the public in and check out the fuss.

Punters are given the chance to wander around city venues and arts organisations that they might not normally visit, and previous stagings of Culture Night have been very successful, with a buzz in the air and people on the street checking out the many events on offer.

Some 6,000 people were estimated to have visited 45 venues last year with city arts officer Sheila Deegan declaring to the Limerick Leader that it was “fantastic to see so many people out and it just goes to show that culture is something people are interested in and excited by”.

That excitement is likely to be replicated this year as museums, galleries, studios, theatres and venues - including historical institutions like King John’s Castle - all throw open their doors for free ahead of Limerick’s stint as national City of Culture next year.

The arts officer said that the participating venues will “host a wide and varied array of cultural events for members of the public to engage with and enjoy”.

“Limerick has a great number of events to offer on Culture Night 2013, which is an imaginative way for people of all ages and from all backgrounds to access and enjoy the rich cultural offering of Limerick’s arts, heritage and cultural venues,” she explained.

“In 2014, Limerick will hold the first Irish designation as National City of Culture in recognition that culture has the power to change and act as a catalyst to bring the City together so that the sum of its parts will be greater than the whole.

“We are asking people to start the momentum for City of Culture 2014 by coming out and supporting Culture Night Limerick 2013 this Friday,” she added.

Some of the highlights of a packed schedule of events include the opening of the Bellwether exhibition, featuring works by artists from Wickham Street Studios in Limerick School of Art and Design; an exhibition by English artist and sculptor Henry Moore in the Hunt Museum; the launch of Music Generation Limerick in the Lime Tree with a gala performance of the Lola Montez Cabaret; Limerick Youth Theatre’s production of RAW in the basement at 73 O’Connell Street; storytelling, poetry readings and writing workshops at Limerick Writers Centre; readings from Angela Ashes in the Frank McCourt Museum; a walking Tour of Medieval Englishtown, leaving from the Bishop’s Palace at 6pm; and the Labour & Lockout Exhibition in Limerick City Gallery of Art.

In the county there are many events taking place including in Newcastle West library, the Red Door Gallery and the Shamrock Bar on South Quay, while there are also many events in Mungret College, Adare Heritage Centre, the Heritage Centre at Lough Gur, the ACCM centre in Castleconnell and the O’Grady home at Inchirourke, Askeaton.

The full programme is available at Limerick.ie