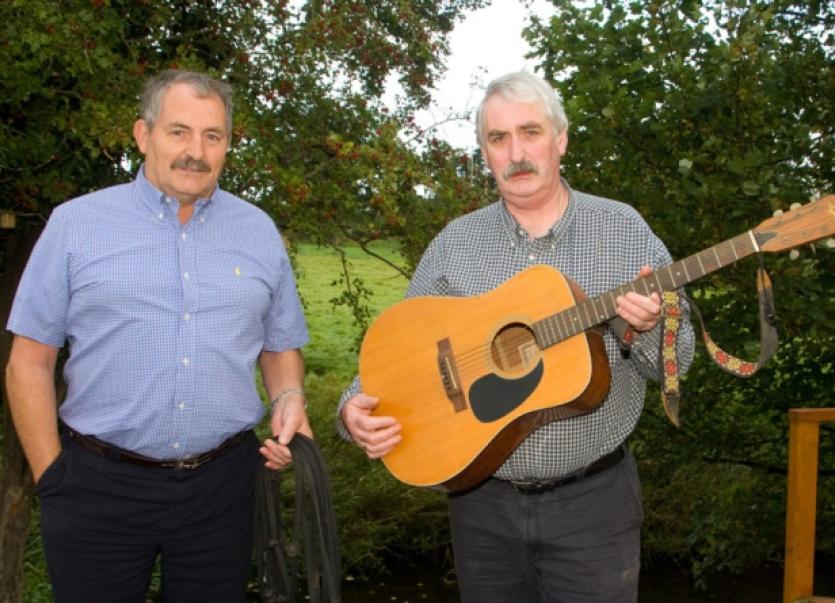 EXPECT lots of toe-tapping and foot stomping in Bruff early next month - the best bluegrass bands in the country are due in town for the annual festival.

EXPECT lots of toe-tapping and foot stomping in Bruff early next month - the best bluegrass bands in the country are due in town for the annual festival.

From Thursday, October 3 to Sunday, October 6, locals and visitors will be treated to not only lively music in all the pubs, but also the much favoured Morning Star Rose competition, a gospel Mass, the Hillbilly Tractor Run, a donkey derby, and a show-stopping fireworks display.

The festival, which is being organised by the local arts and cultural society, lead by Derry O’Meara, will open on Thursday, October 3 with the heats of the Morning Star Rose competition taking place in Derry’s Bar at approximately 8pm.

“The festival is running for four days this year,” explained Jack Clancy who is one of the festival organisers.

On Friday night, the final of the Morning Star Rose competition takes place and there will be music in all the public houses.

On Saturday, the 10km Longboat Memorial Run will take place and there will also be a 50k cycle - both leaving from Clancy’s Bar.

“There will be music from 3pm in all the public houses,” Jack explained.

One of the highlights of the festival will be the workshops on Saturday and Sunday in the Thomas Fitzgerald Centre.

“The workshops will be given by the visiting Bluegrass bands, on the six-string banjo, the double bass and oboe,” Jack explained.

“Anyone with a keen interest in picking music, this is their opportunity to get one-to-one tuition. These are top musicians and they are giving their time free of charge. The workshops will be on again on Sunday starting again at around 10.30am.”

Traditionally, the bands play for a number of hours during the day and night in the pubs.

“They play from 2pm until 5pm in the pubs and they take a break then for two hours, play again from 7pm until 9pm and then take a break and play from 10pm for the remainder of the night,” said Jack.

The Mass on Saturday evening will be a gospel Mass featuring two bands from Belfast.

On Sunday, in association with the Cliona Ring Foundation, the Hillybilly Tractor Run takes place.

Among those taking part will be a well-known local sporting personality - “all will be revealed,” said Jack.

Those taking part in the tractor run are to sign on at 11am at Clancy’s Bar before they head off on the 25k run. Other highlights on Sunday include the donkey derby and the soapbox derby.

“Again, there will be music in all the pubs from 2pm,” said Jack.

This year, the festival will end on a high note with a fireworks display at approximately 8pm on Sunday night.

“This year we have six of the biggest bands in the country coming in,” said Jack, “including Well Enough Alone, from Dublin, Tin Box Company, also from Dublin, Woodbine, from Athy, Bending the Strings, from Monaghan, Knotty Pine String Band, from Belfast and the Down and Out Bluegrass Band, also from Belfast.

“We have the creme de la creme of bluegrass music playing,” said Jack.