Keith Hanley is the Voice of Ireland 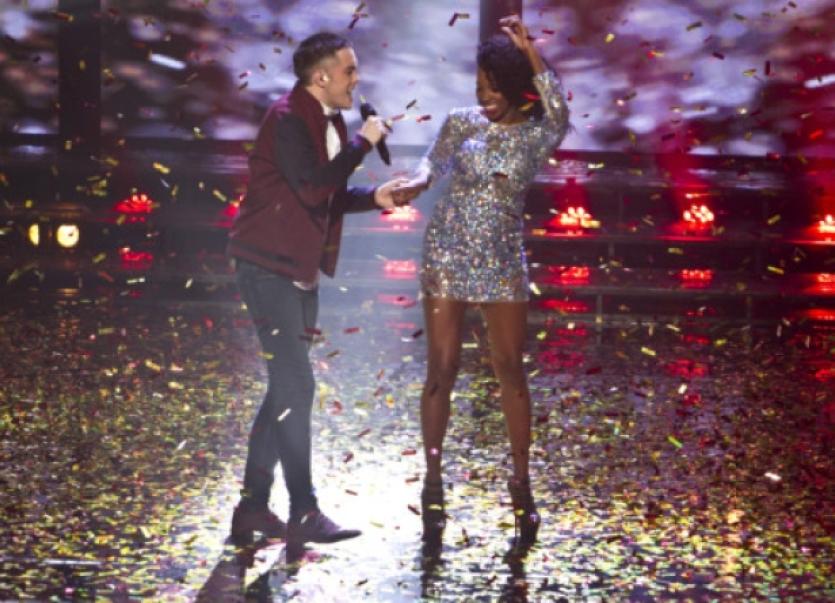 PREPARATIONS are underway in Charleville to welcome home The Voice of Ireland, Keith Hanley.

PREPARATIONS are underway in Charleville to welcome home The Voice of Ireland, Keith Hanley.

The 19-year-old was the last man standing on Sunday night when he was crowned the winner of national talent competition.

Keith dedicated his win to all the special needs children he teaches in St Joseph’s Foundation in his home town of Charleville.

“They are amazing and I know I always say this but they fill me with so much inspiration every day and I hope I do them proud.”

He said he was “in a daze” when his name was called out as the winner of the final which was aired on RTE.

“I honestly thought it was going to be Kelly but it’s me. I’ve made it,” he smiled.

The talented teen who has won a lucrative recording contract as part of his prize, partied the night away at 37 Dawson Street in Dublin with his mum Alice, sister Eileen, Eileen’s boyfriend, Patrick Kelly, along with the judges and production team.

“It’s all a blur, it hasn’t really sunk in yet,” smiled Alice this Monday. “We finished up at 5.30 this morning. We are still running on adrenalin.”

There was little time for beauty sleep as Keith was out of his bed again at 8am to do a host of interviews with national and regional press.

“He is buzzing. I think they are keeping him in Dublin for the week. They are putting him up in a hotel.”

In the region of 100 people from Charleville and Ballylanders made the trip to the Helix for the grand finale. Keith is the grandson of the late John Gallahue from Ballylanders - a former cathaoirleach of Limerick County Council and long standing county councillor.

“Ballylanders was rocking. Gallahue’s had the biggest crowd in a long time last night,”said Alice.

“And Charleville was supposed to have been electric too. Keith doesn’t know if he will be left down for a day or two during the week because we are trying to organise the homecoming. we are hoping they will let him home for a day.”