A classical combo as ICO join with Academy in UL 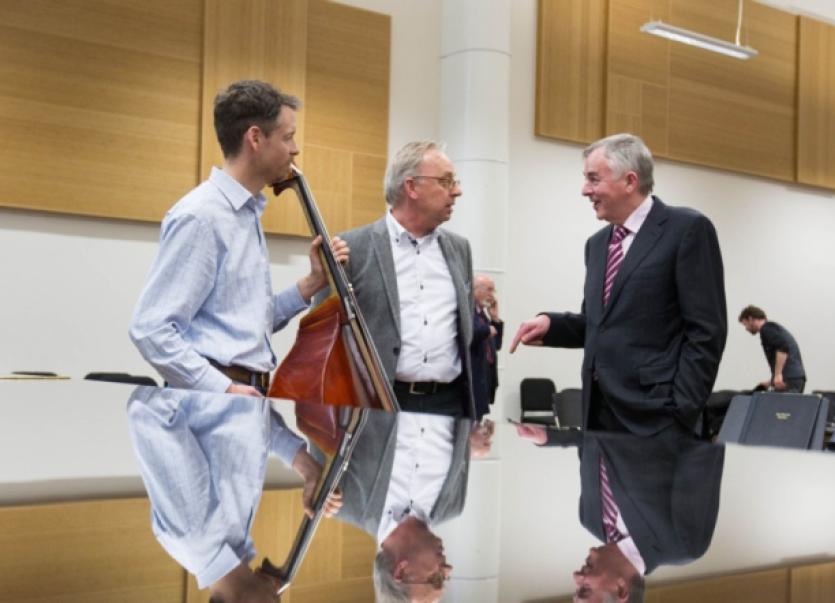 An innovative partnership in classical strings education has been established in UL.

An innovative partnership in classical strings education has been established in UL.

The ACADEMOS Irish Chamber Orchestra Academy represents a solidifying of a relationship between the ICO and the Irish World Academy in UL, in this the 20th anniversary of their establishment in the University.

The professional orchestral academy will offer students the chance to study, train and perform with ICO musicians.

“Students will benefit from the best of both worlds – recognised, accredited study and access to some of the best musicians in Europe and internationally,” said UL president, Professor Don Barry.

“Individual classes will be taught by ICO leaders, students will engage in ensemble work with orchestral members and have access to a host of visiting international performers, conductors, and directors.”

The focus will be on a full time two-year programme, Masters in Classical String Performance, operated jointly by the two institutions.

Students will also have the chance to participate in the ICO’s community outreach programmes - namely the successful Sing Out project which works with children in disadvantaged areas to teach them about music.

Future potential graduates of the orchestral academy will also have the opportunity to go on to further study on the PhD in Arts Practice, a four-year structured doctoral programme at the academy, while maintaining a link with the ICO.

The link-up is an especially welcome one in the City of Culture year and was hailed by interim CEO Mike Fitzpatrick.

“The founding of this Academy is a very positive development particularly during the Limerick City of Culture,” he said.

“Creating new practice based research programmes in the cultural field is greatly welcomed. We also salute the achievement of the ICO during its 20 years at UL and its contribution to Limerick.”

As well as accessing the ICO building for classes, students will be given access to all the facilities of the adjacent Irish World Academy, which boasts a 5000 square meter performing arts building, constructed at a cost of €21 million.

The Academy hosts 300 students at any one time from more than 25 different countries.

See www.irishworldacademy.ie for more details on the programmes on offer.