Fidget Feet among star attractions at ‘Unlocked’ event in Limerick 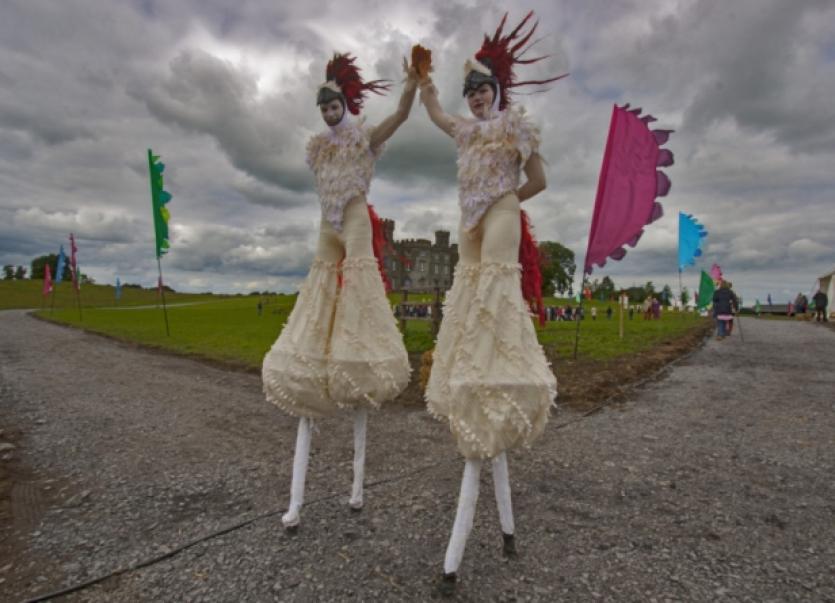 CIRCUS group Fidget Feet will be among the starry attractions at a special St Patrick’s Day event next Monday.

CIRCUS group Fidget Feet will be among the starry attractions at a special St Patrick’s Day event next Monday.

Paddy’s Day Unlocked, organised by Happenings, a group which runs pop up “socially responsible” events in parks and public spaces, will take place in the Milk Market and offer an alternative event free from alcohol on our national holiday.

The free event will feature the musical talents of the O’Súilleabháin brothers, now based in New York City and returning to their native Limerick to curate the special gig, which runs from 3pm-7pm.

The “alcohol free feast of creativity, food and dance” will be MCd by the brothers, who have enlisted the musical talents of the Irish Chamber Orchestra’s Sing Out With Strings children’s choir, Eve Vocal Group Bavad and their mother, singer Nóirín Ní Riain.

“We are delighted to be part of this dynamic group of performers,” says Michael - ‘Moley’ - O’Súilleabháin. “It will be a really Irish flavor with a world music twist and is suitable for families and those seeking shelter from the sheleighlys after the parade,” he laughs.

Circus group Fidget Feet will parade around on stilts and African dancer RAS Mikey Courtney of the Irish World Academy will also perform, as will local DJs Leon and Emmet.

The event is being supported by City of Culture and DrinkAware.ie and Happenings founder Peter O’Brien explained that Unlocked is intended to be a “fun, family-friendly experience”.

“It will be open after the parade for those who wish to stay in the city centre but don’t necessarily want to spend the day drinking alcohol or in a pub,” he explained.

“It’s the first time its taking place and we’re delighted that the inaugural location is the Milk Market during Limerick City of Culture. It’s also the launch event for six City Of Culture pop-up Happenings events that will take place outdoors in the city throughout the summer months.”