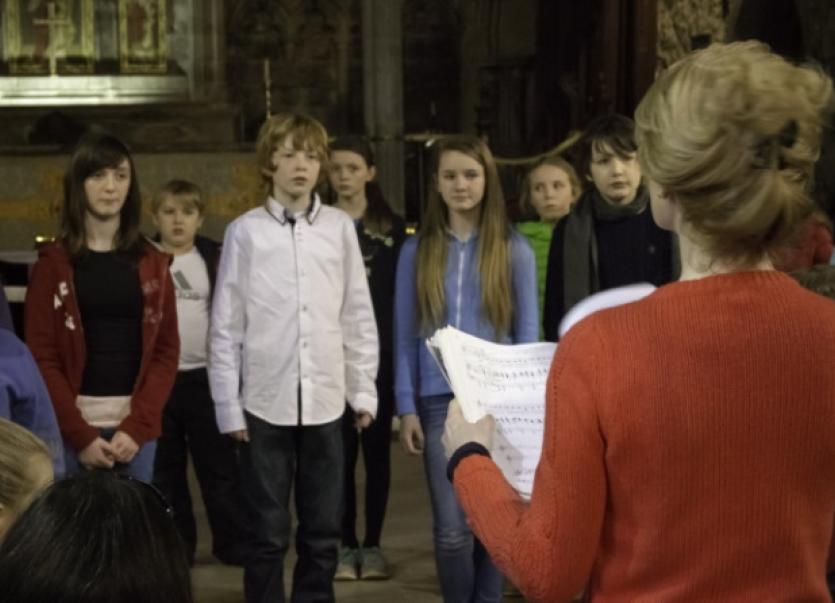 over 100 young voices from schools across the city will take part in an exciting production of Noye’s Fludde in St Mary’s Cathedral later this month.

over 100 young voices from schools across the city will take part in an exciting production of Noye’s Fludde in St Mary’s Cathedral later this month.

The new production of the classic biblical tale of Noah and his family - first performed in 1957 - will be set against the atmospheric backdrop of the 12th Century landmark, and is, according to the Dean of the Cathedral, Reverend Sandra Pragnell, “the first ever full scale opera produced by St Mary’s, which has been so close to the creative heart of Limerick for centuries”.

“We are delighted to make Noye’s Fludde our contribution to this wonderful year for Limerick and are most grateful to City of Culture, Limerick Regeneration, The Buckley Foundation, the All Churches Trust and the Trench Trust for their financial support and encouragement,” she added.

The voices in the opera have been drawn from schools across the city and county.