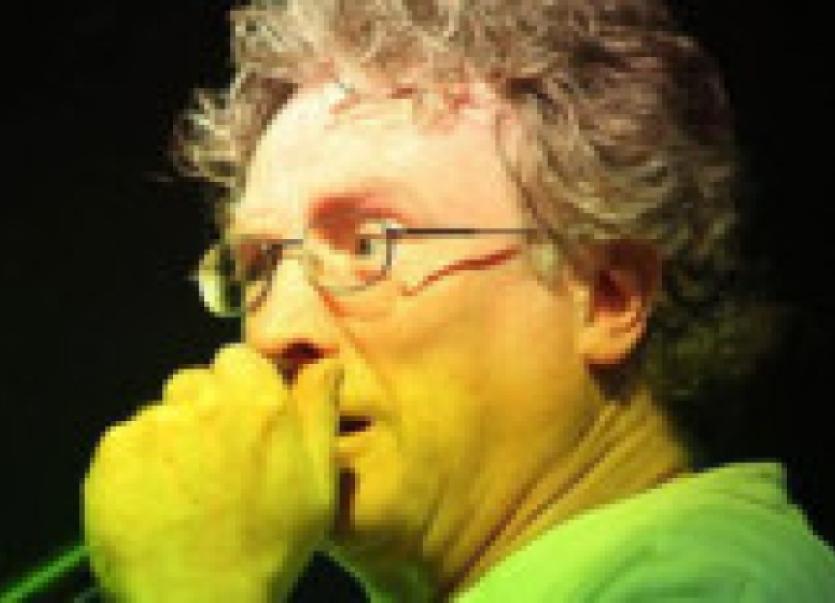 AFTER 30 years in the music industry, local singer-songwriter Ger Costelloe will launch his debut album on Friday, November 1, in Dolan’s Pub.

AFTER 30 years in the music industry, local singer-songwriter Ger Costelloe will launch his debut album on Friday, November 1, in Dolan’s Pub.

He said his songwriting through the years had been infrequent because of a “mental block”, but eventually recovered after a “breakthrough”, two years ago.

“When you get a block in any art form and you try to fight it, it just gets more difficult, so after a while I got back into it and I got some encouragement along the way. I had a breakthrough with a song around two years ago, and it all came together in around 10 to 20 minutes. It was a personal thing in my life,” he explained.

The singer said it is “all original work” from various parts of his career and that it is a personal collection of tracks. With frequent airplay from around the United States, Letting In Water has been described as “a work of genius” by the likes of author Malachy McCourt.

“It’s all original work. It’s kind of a journey, really, and they are all songs from different periods of my life because I stopped writing music for a while and I only got back into it maybe a year-and-a-half ago. I was encouraged to get back into it by my friends and one of the lads from the O’Malleys, who I used to work with professionally,” he told the Limerick Chronicle.

He said his debut album is not like other musicians’ work, where they would “refine the sounds and fix lyrics every two or three weeks”.

“Some artists put the lyrics of the album on the inside, but instead I have my own meanings of the songs in the notes. A lot of it is personal with some social commentary about how Ireland is now. Some of it is more personal, there are love songs, and some songs about friends I have had who have passed away. I always did everything straight from the heart and instinctively. But my friends told me to get into more acoustic, which is pretty much what the album is.”

Costelloe said the album is about the transition between youth and adulthood. Admission for the album launch at Dolan’s is €5.