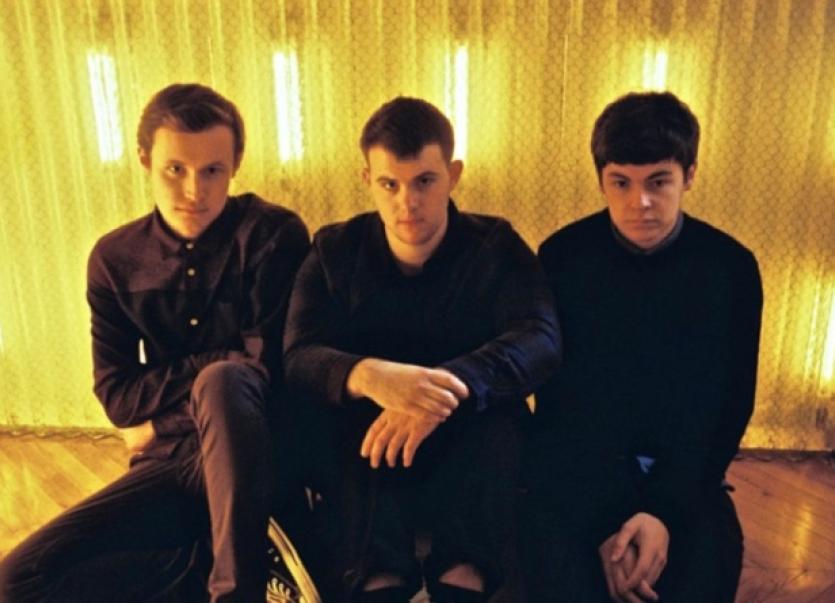 UP and coming Limerick trio Bleeding Heart Pigeons are to play at Electric Picnic in September.

UP and coming Limerick trio Bleeding Heart Pigeons are to play at Electric Picnic in September.

The band, who are signed to Universal - and received interest from Domino and Sony - will play on the Body and Soul main stage at the Stradbally music and arts festival. It will be a follow up to the recent stellar gig the trio played at Body and Soul’s stand alone festival in June.

They will be joined at the festival by The Rubberbandits, who have been booked to appear at the Comedy Tent for the second successive year. Organisers said of the plastic bag wearing duo: “The hardest of hard-core gangsters from Limerick The Rubberbandits appearance at 2014’s Picnic, saw the comedy tent nearly lift off its moorings.

“Raucous, satirical, sharp, smart and sophisticated, the Bandits are currently in scintillating form following a sell-out run of their musical ‘Continental Fistfight’ in London and Dublin. Bring it...!”

David O’Doherty, Adam Hills, Des Bishop and a host of other comics have been booked for the festival.

Meanwhile, the Boomtown Rats have been added to the bill of the already sold out Electric Picnic. The legendary band - fronted by Bob Geldof - are among 21 new acts added to the Stradbally extravaganza, which takes place on September 4-6.

This, the third announcement of acts for the festival, which already includes Blur, Florence and the Machine and Underworld among the headliners, follows hot on the heels of news that Electric Picnic has sold out in record time.

The music and arts festival sold out in June with more than two months still to go the event. Florence and Blur certainly helped to encourage ticket sales, but a well rounded line-up and a whole host of exciting areas and stages from MindField, Salty Dog, Trailer Park, make this simply the best festival around.