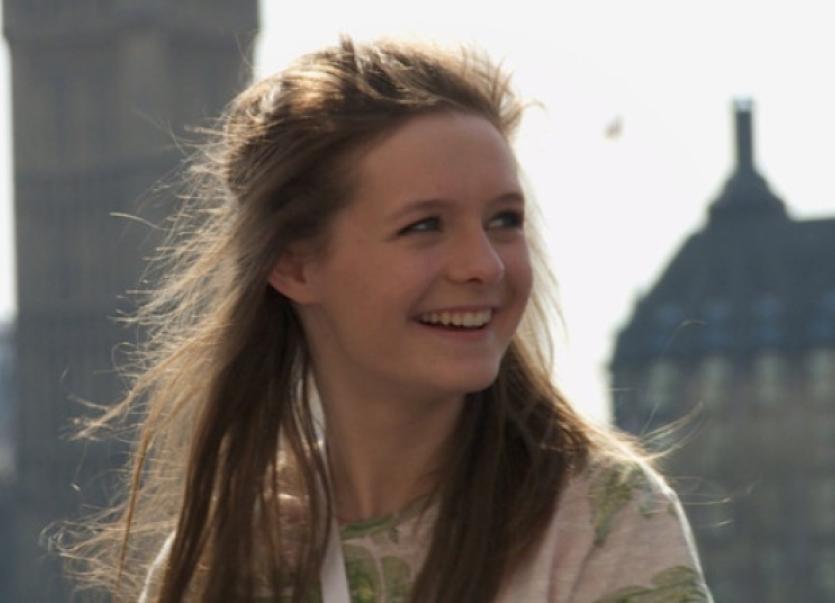 UNA Harty, from Patrickswell, has stepped into the world of her dreams, a world and it has proven to be every bit as exciting as she had hoped for and expected.

UNA Harty, from Patrickswell, has stepped into the world of her dreams, a world and it has proven to be every bit as exciting as she had hoped for and expected.

Una, the daughter of Marion and Joe Harty, is one of just eight second-level students taking part in a new, seven-part TV series, Music Inc, which airs for the first time on RTE Two next Monday at 5pm.

The programme series involves the music-mad students competing each week for the ultimate prize, an access all areas music work placement.

Each week, the contestants will be set a challenge by Liam McKenna, right-hand man to Louis Walsh.

These challenges will involve them with some of the big names in the Irish music industry and will include producing a music video for District 3 and creating merchandise for The Wanted. They will also be set a media challenge by Louis Walsh which he will judge.

Unfortunately, each week, one contestant will have to leave the show until it is down to the final two teenagers who will battle it out while managing JLS at an Irish Summer festival, with JLS selecting the ultimate winner. The prize for this lucky student is a work placement with Liam McKenna, former Six band member and now tour manager, at a top gig in Miami.

“For a young person, this is a great opportunity,” says Liam McKenna. “They’re going to see both sides of the business. This is going to open their eyes to what it’s really like.”

Next Monday’s opening programme will feature X Factor stars and the next big boyband, District 3, who will ask the contestants to devise, cast, create, shoot and edit a music video to one of their big X Factor hits. Then District 3 fly into Dublin to surprise our contestants and to announce who they feel deserves to win the challenge.

Una, a student at Laurel Hill, loved every minute of her involvement with the programme. “It was the best experience of my life,” said the Leaving Cert student. “I learned so much from it.”

“I loved all the tasks I was given,” she continued. But she acknowledged they were tough and challenging.

It was definitely nerve-wracking at times, Una admitted, particularly at first. “I didn’t know how much was expected.”

And meeting and dealing with the various music celebrities also raised the pressure. But Una, who is very interested in the TV and music industry, took it all in her stride.

For the future, she hopes to specialise in science but to combine that with TV work.