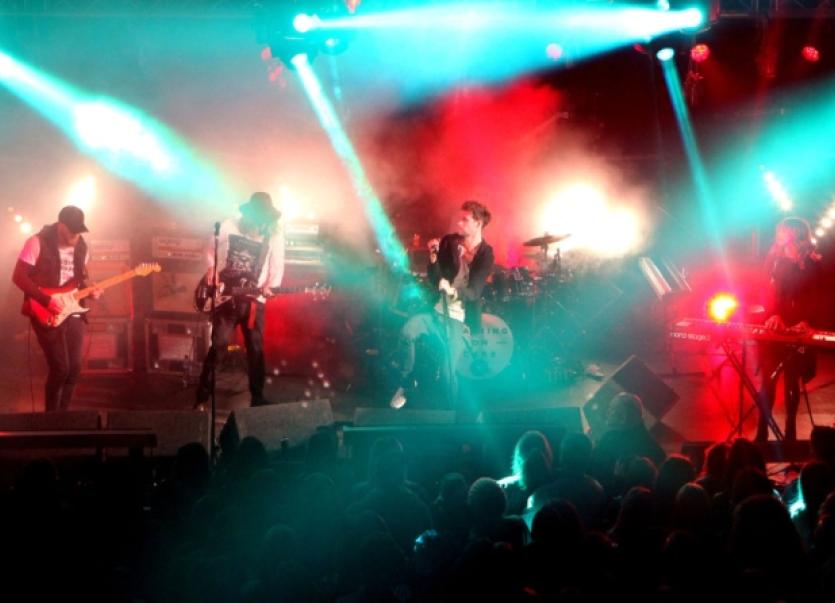 PATRICK Sheehy does not even need to be asked the question, instead with the hint of a smile he volunteers an “exclusive” for the Limerick Leader.

PATRICK Sheehy does not even need to be asked the question, instead with the hint of a smile he volunteers an “exclusive” for the Limerick Leader.

“I can confirm to you right now that our album is 90% recorded and we will have news on it in the next three or four weeks. That is the plan,” says the Walking on Cars frontman, with just the merest hint of mystery and humour.

“I know a lot of people out there have been asking where it is since the get go about three years ago. That is fair enough too because we have been putting in the back burner for a long, long time. We are working away on it here in Dingle, we have a rehearsal space and have been hibernating the last while. We will have some news for ye in the next couple of weeks.”

Walking on Cars, one of the biggest Irish bands of recent years who hail from, and still use, Dingle as a launching pad and recording hideaway, are in the midst of some serious festival dates in the UK, where they are attempting to build an audience with the backing of major label Virgin/EMI.

Shows at T in the Park and Kendal Calling in recent weeks will shortly be followed with appearances at Reading and Leeds and Bestival. In between, the five piece will play a show at WestFest in September, returning to Limerick, scene of a sold out show in the Milk Market earlier this year.

If that sold out show snuck up on some people and took them by surprise, it shouldn’t have. Melodic, anthemic, lighters in the air tunes such as Catch Me If You Can, the rockier Always Be With You and piano driven Hand in Hand, have established the Dingle band as being at the very forefront of a wave of Irish bands rising in the waks of The Coronas and Kodaline in recent years.

A hard work ethic, combined with a close knit group of long time friends and proper tunes to boot, has seen Walking on Cars strongly establish themselves in Ireland following almost two years of incessant touring.

Thus, after several singles and a couple of EPs, and lots of promises, the natives are understandably getting restless for news of a debut album. The band are clearly intent on spending time to get it right.

“It is our first album and it is a big deal for us, we have been working on these songs for three and a half, four years, and we really want to make sure that this is an album that people remember for a long time,” says Patrick.

“We might look back on this in ten years time - one of the songs might come on the radio and remind you of something - that is the plan, to have it of a time, something to remember that time, associated with our music.”

He says they are “feeling good” about it, and a big part of the plan was to wait until the band had built up a fanbase outside of Ireland, something the UK festival dates have helped with.

“There is a few little bits to tighten up, but I am pretty hopeful that it will be a big album, we have put everything we have into this and we are really hoping people like, so fingers crossed now,”  he says.

“I think there is a few more singles in there that people haven’t heard, so we are excited about them. Our next single is Speeding Cars and that is going to be out pretty soon. We will have one more single then before the album drops.”

The Dingle base - their home - allows the band to retreat from the mania of touring and to regroup when they need to. The musical heritage of the town, plus the Other Voices effect, has played its part.

“Dingle is a big music town - originally mostly traditional, but in the last 10-12 years, Other Voices has been associated with it and that has been a huge part for us anyway,” says Patrick.

“I went to my first Other Voices gig and it was Bell X1 when they had just released their second album and were really on the verge of great things. I saw them live and it was a really special gig. For me, that was the moment I said to myself, this is what I would love to do.

“The guys have all been to Other Voices shows and it had an effect on all of us, they are to blame for our music,” he laughs.

In the meantime, there is the tantalising return to Limerick for WestFest, something the Dingle band are excited about.

“We are very much looking forward to it,” explains Patrick. “We have played Newcastle West a few times before, and it has been a while now so it will be good to say hello. They always seem to have a serious line-up so we are just glad to be a part of it and really looking forward to it.

“We played the Milk Market earlier in the year. It was freezing cold but the Limerick crowd showed up and didn’t care and it was just a massive night for us, over 1000 people  there.

“We have also played Dolan’s quite a few times over the years, one of our favourite venues. So looking forward to going back to Limerick,” he adds.