Kent is back with Verdi’s La Traviata at the UCH 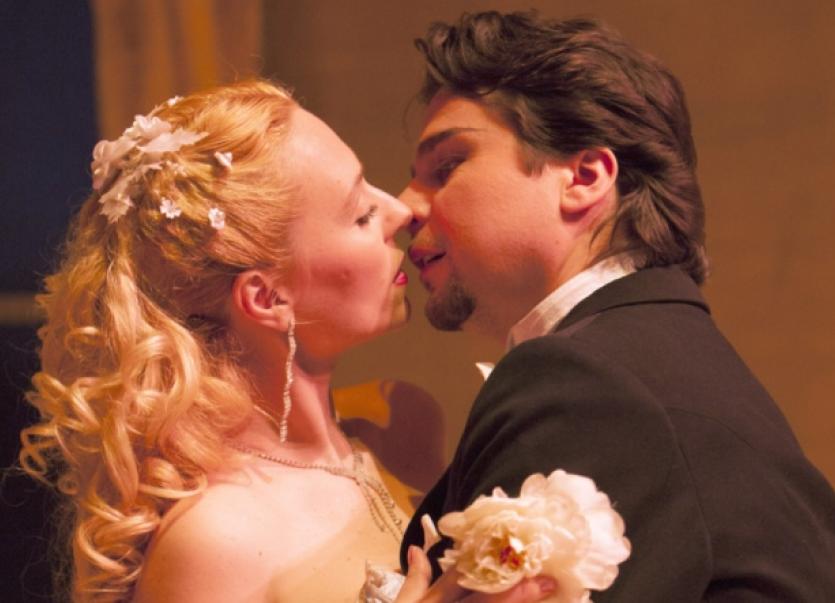 The opera supremo returns after critically acclaimed tours with Nabucco, Aida and La Boheme, while her latest extravaganza boasts sumptuous sets and costumes by the renowned Ukrainian designer Nadia Shvets from the National Ukrainian opera of Kharkiv.

Boasting a host of international soloists from the national operas of Odessa, Spain and Rostov and the support of the National Philharmonic in Chisinau, Kent’s La Traviata has played the Royal Albert Hall to rapturous acclaim.

La Traviata is Verdi’s outstanding interpretation of one of the most popular love stories of the 19th century, La Dame aux Camelias by Alexander Dumas, a tragic tale of searing passion and memorable music, telling tale of the passionate consumptive Violetta and her doomed love for the aristocratic Alfredo.

Dumas made no secret of the fact that his book and play were autobiographically based on his own affair with Marie Duplessis and Kent says she was “fascinated” by the book, which she read whilst rehearsing Traviata in the Ukraine in 2011.

The cast is top notch, and starring opposite Alyona Kistenyova is Ruslan Zinevych the international Ukrainian tenor, while making his debut as Alfredo in an Ellen Kent production is the Spanish Tenor Giorgio Meladze.

La Traviata comes to the UCH on April 15. See www.uch.ie for more.