Joining Dave Geraghty in the place beyond the pines 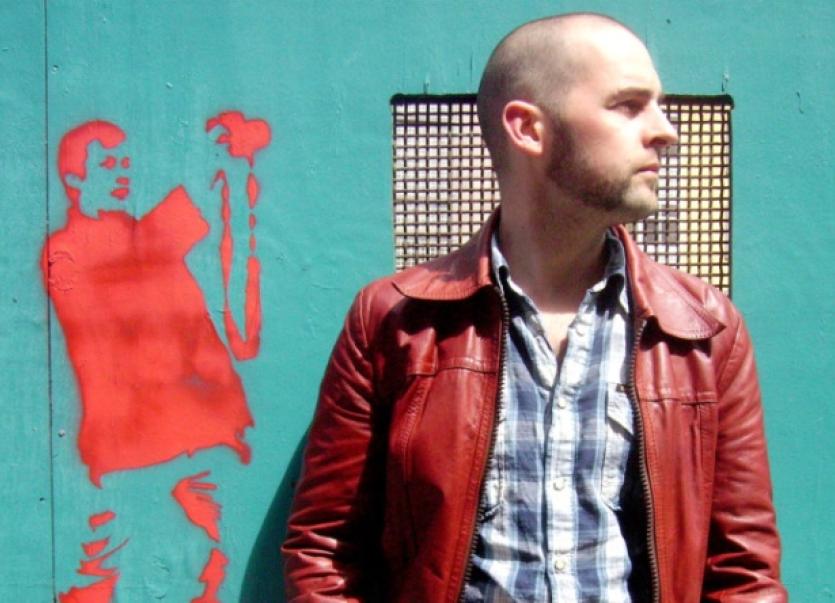 A ‘LOVELY accident’ is how Dave Geraghty describes the wonderful blend of vocals from two of the most important women in his life on his new album.

A ‘LOVELY accident’ is how Dave Geraghty describes the wonderful blend of vocals from two of the most important women in his life on his new album.

The Bell X1 multi-instrumentalist and songwriter has just released Inherit, his third solo album and the first under newly coined moniker Join Me In The Pines.

Contributing backing vocals on the album are his partner Clare Finglass - who appeared on 2007’s Kill Your Darlings, which was nominated for a Choice and was bursting with critical acclaim and the 2009 offering The Victory Dance, our personal favourite and a beautifully understated album - and his ‘mammy’ Anne Geraghty.

“Yeah, Claire and my Mammy. She is on the album - but doesn’t go on tour,” laughs Dave, speaking to the on break from working on new Bell X1 material with his bandmates Paul Noonan and Dominic Philips.

Geraghty says of his mother’s abilities - “apart from being amazing, she works for free”.

“If you think Prince or Beyonce’s demands are extreme, don’t talk to my Mammy! I just can’t meet them, I can’t meet her demands, so she has to stay behind and mind the kids,” he laughs.

“It was really lovely,” he admits. “I just imagined some female vocals on certain parts of some songs, and I had tried a couple of different people, but with Claire, she has a lovely warm, bluesy tone to her voice. The tones, basically, with both girls, complement each other.

“So it is really lovely to hear the blend of the two voices and we recorded it in such a way that we got that live sound. It was a lovely accident.”

The album, containing songs such as lead single Joy Is A Lion, the stunning Golden Guilt and new single At First Light, is beautifully understated, allowing the rich harmonies and musicianship room to breath. It was recorded during breaks of Bell X1 touring, at Geraghty’s home studio.

“It was good actually to do it like that. Because it allowed me time to step back from it and see it objectively,” he says.

“I was more or less putting it together myself and being the driving force behind it, so it was difficult sometimes to discern the wood from the trees.

“I think, the first two albums, I was catching up with myself really. I was recording songs, some of which had been around for quite a few years. But with this album, it was a new batch of songs, so it felt like a new lease of life.

“To a large extent, I cleared out the dusty old attic of old songs with the first two albums. So this felt like it was something different - more cohesive. Rather than being a collection of songs, it felt like a more solid body of work.”

Of the decision to use the Join Me In The Pines moniker - perhaps a nod to the 2012 movie The Place Beyond the Pines by Derek Cianfrance - Dave felt an urge to move away from the focus of his own name.

“I wanted to get away from using my name, just to allow the music to kind of live and breath a little bit more in its own world, rather than being anchored to reality by somebody’s name,” he says.

“I would like to think anyway that the album has a kind of cinematic or almost filmic quality in parts, so I just thought the name evoked that and helped some of the imagery in the songs to come alive a little bit.

“And in doing so, I felt less...judged is too strong a word, but I could be more objective about it as well, when it was the band, outside of my own name. It allowed a nice sense of distance from it as well and objectivity.”

Geraghty has just finished work on a film score for an Aidan Gillen-starring film, and is beginning work on new Bell X1 material, which we can expect in early 2016, he says. But how does he compartmentalise his output for the different projects, we wonder?

“I think we all allow each other the space to do all these different things that all of us choose to do,” he says. “We all see it as being a good thing, music is not something that should be monogamous, you shouldn’t own each other’s output, more so support it and nurture it.

“If a song comes along and I am working on a certain project, then that will choose the home for that song. But you have to compartmentalise, which is a mouthful. Surely a word that is all about organisation should be easier to say!”