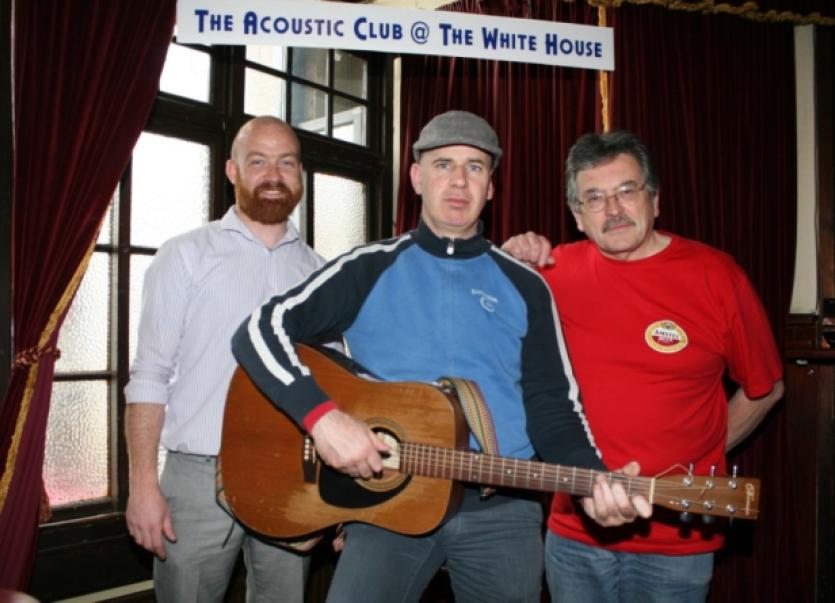 ACOUSTIC live music will return to the White House for the first time in three years this Thursday night, with a new songwriters session kicking off.

ACOUSTIC live music will return to the White House for the first time in three years this Thursday night, with a new songwriters session kicking off.

The Acoustic Club, organised by Dominic Taylor and Sean McLeod, starts at 9pm in the Glentworth Street pub.

Hosted by Sean McLeod and Dominic Taylor, it is designed to be an evening for songwriters, musicians and singers to get together on a weekly basis, every Thursday.

“It is a venue for aspiring songwriters and singers to perform their own work to an appreciative audience,” Dominic said.

At the first session, folk singer Tom Ban will perform an extended set, before members of the songwriting community will be invited onto the stage to play two or three songs each.

Dominic hopes around 12 local songwriters will turn up for the maiden week.

He says he wants to foster a supportive atmosphere for local musicians and writers.

“Like the poetry, we want to build a community of songwriters who will support each other week in week out,” he said, “Our own songwriters are very interested in it: they feel it is going to be one of the top venues in town.”

Dominic insisted the evening is for singers and songwriters of any genre.

And he says very importantly, the event has the support of management in the White House.

“It is always an excellent thing to have,” he stated.

Similar evenings had taken place in the White House on a regular basis each Tuesday until around three years ago, when Dominic said it was cancelled by former White House manager Glenn McLoughlin.

However, with the Glentworth Street pub under new management, the evening is ready for a revival.

“It is for singers, songwriters and musicians who want to play at an open mic event. It will be acoustic music, as opposed to band music, ” Dominic added.