The Strypes to jet into Limerick for NYE concert 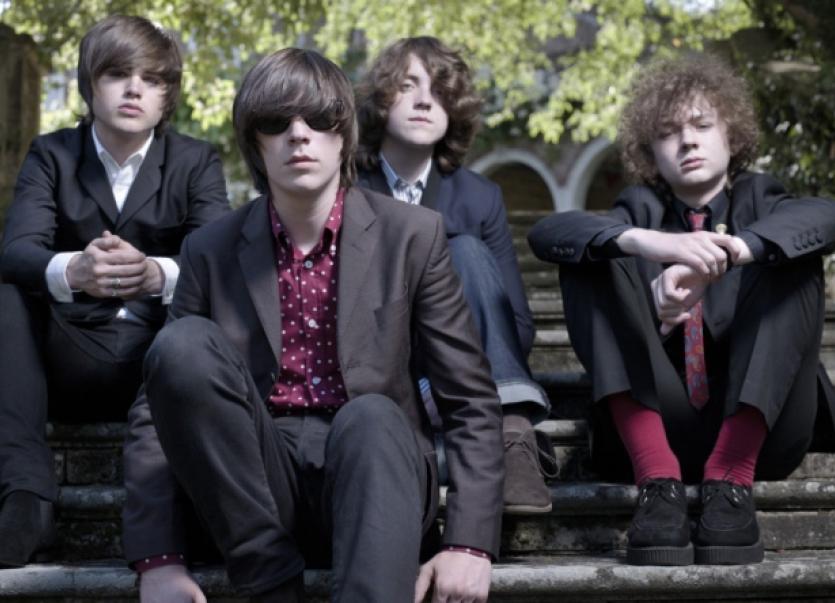 TOP Irish band The Strypes are the latest addition to the City of Culture New Year’s Eve concert to take place in front of Limerick’s City Hall.

TOP Irish band The Strypes are the latest addition to the City of Culture New Year’s Eve concert to take place in front of Limerick’s City Hall.

The rockers will close the gig after flying in by private jet from Dublin, where they will also play.

The Cavan band join Dolores O’Riordan and Maverick Sabre on the line-up, the full extent of which will be revealed in the Limerick Leader this coming Thursday.

“We played in Limerick on the way home from Other Voices on New Year’s Eve last year, so it’s great to be back there again just one year on playing such a massive show,” said The Strypes this week.

RTE has committed “serious resources” to broadcasting the concert, with a crowd of up to 2,800 people will pack into Merchant’s Quay for the ticket only gig.

Meanwhile, on Friday, the 2FM Colm Hayes show will broadcast from the Milk Market, with a whole show dedicated to the launch of the City of Culture NYE event, tickets for which are on sale from Ticketmaster now and promoters do expect the event to fully sell out

One of the bands to be unveiled for the new year’s concert will perform, while a number of Limerick personalities will be on hand to discuss the details of the event from 11am-1pm this Friday.

A pageant will also wind its way through the city on December 31, which will be followed up by a massive fireworks display.

The City of Culture ‘NYE Pageant’ will “transport the streets of Limerick into wonderful fairyland full of fantastical characters, glowing floats and magical music”, according to organisers.

The procession - co-ordinated by local arts group Honest Arts - will assemble in the Milk Market from midday before being by the award winning street theatre company Bui Bolg through the streets of the city.

The procession will make its way to the city’s medieval quarter, where a ‘Son et Lumiere’ mapping display will turn the area into a “live storybook” using cutting edge digital video mapping and special lighting effects.

More than 20,000 people are expected to witness the festivities, which organisers claim will be the “biggest riverside urban theatre event ever held in Europe”.

A specially composed story by playwright Mike Finn - The Story of the Boy Who Looked for the Trout - will come to life using giant-sized puppets strategically placed on top of buildings around the banks of the river.