Thousands come out for Culture Night in Limerick 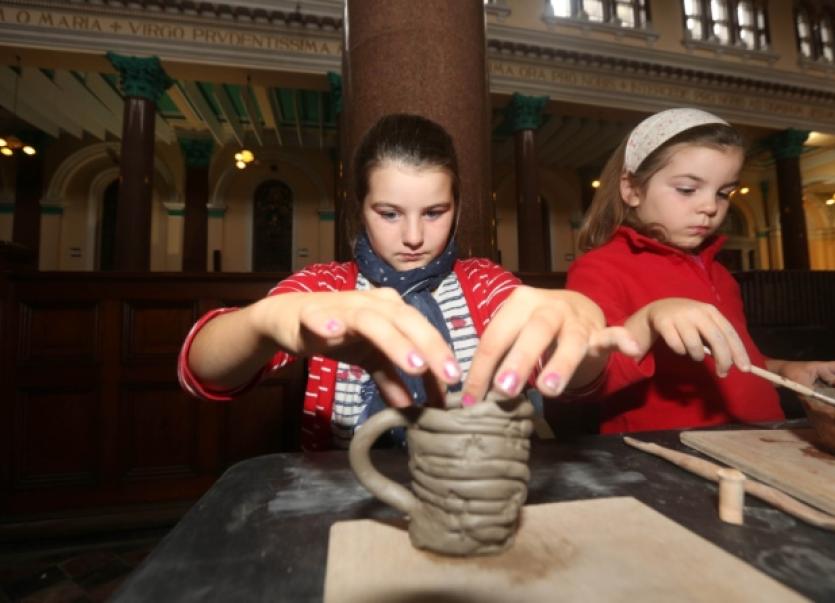 OVER 50 arts and heritage venues across Limerick city and county threw open their doors to the public for the sixth annual staging of Culture Night on Friday, with record crowds seizing the chance to take part.

OVER 50 arts and heritage venues across Limerick city and county threw open their doors to the public for the sixth annual staging of Culture Night on Friday, with record crowds seizing the chance to take part.

The initiative, the brainchild of the Temple Bar Cultural Trust and Department of Arts, Heritage and the Gaeltacht, saw more than 6,000 people engage in a ‘cultural celebration’ across venues and arts organisations, which opened for free and until 10pm for the night.

City arts officer Sheila Deegan said the feedback to Culture Night in Limerick “has been fantastic”.

“The numbers, we are hoping, are up and it does sound like that was the case,” she said of the 52 participating venues around Limerick. Last year around 6,000 people attended Culture Night, according to the local authority.

“For the first time we had a little headquarters there in the old Ferguson’s Chemist, so we were able to interact with people. What was interesting was the amount of tourists that seemed to be around and the international students from UL were out, we met people who had come in from Shannon to Limerick,” she explained.

“People were standing at doors meeting people and encouraging them in. It is a very social night, aside from the obvious emphasis on culture, people are there who come out every year. It definitely seems to capture everybody’s imagination, which is fantastic.”

In Limerick City Gallery of Art, a pop-up workshop for kids saw families take part in replicating artist Sean Keating’s work Country Dance. Pat and Rachel Fitzpatrick and kids Mason (3) and Nathan (5), rolled up their sleeves and got to work, to the delight of the children.

“I’m in competition with my wife, never mind the children, Culture Night has brought out the childlike competitiveness in us both,” laughed Pat, whose family lives off Mulgrave Street.

“It is great, it is good fun for the kids. We were looking at the programme, you can go from here down to the Franciscan’s, to the Printmakers, to St Mary’s and finish it off when the kids are gone to bed and go to Bell X1 in the Milk Market,” he laughed.

“It is a great idea, really, really good, it is great for Limerick. We are delighted, you have to support something like this and they love it,” said Rachel, pointing at the two smiling children.

There was a staggering list of events taking place in venues like Ormston House, the city library, the Lime Tree, the Hunt Museum, Wickham Street Studios, Limerick Youth Centre and Writers Centre and the Frank McCourt museum.

Meanwhile, down on Mulgrave Street, a rehearsed reading of Kate O’Brien’s first literary work, Distinguished Villa, was taking place in the author’s home, Boru House, which is in the process of being restored to its former glory by owner David Fitzgerald after 25 years of being boarded up.

“To be able to perform it in the house is fantastic,” said director Joan Sheehy.

“David Fitzgerald who owns the house was so amenable to the idea and it is brilliant to be here on Culture Night particularly. We have had a real mixture of people in, people who live in the area, artists, actors and it is special, magical, to be here.”