Limerick to host top act and a ‘wake’ for Arthur 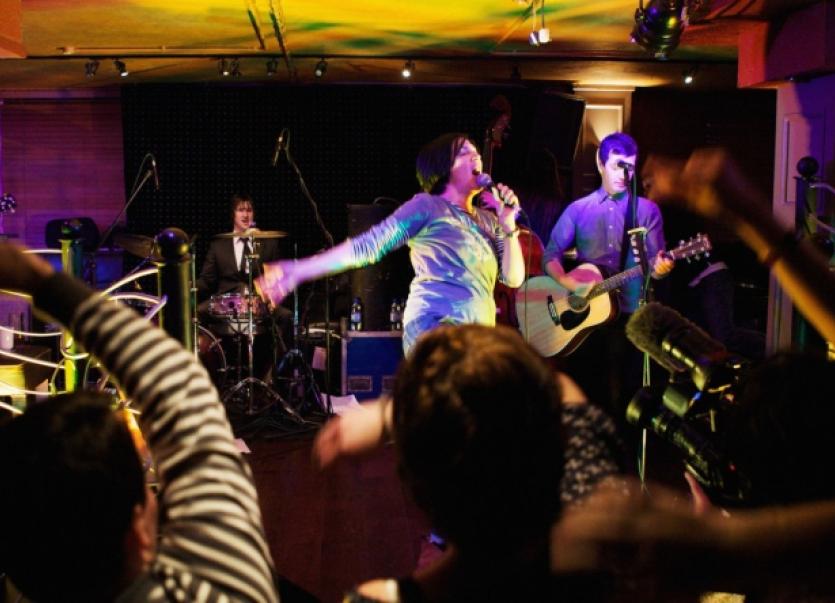 LIMERICK will play host to an act such as Biffy Clyro, Bobby Womack or Kodaline this Thursday night for Arthur’s Day, while a ‘wake’ in honour of the Guinness founder will also take place in the city.

LIMERICK will play host to an act such as Biffy Clyro, Bobby Womack or Kodaline this Thursday night for Arthur’s Day, while a ‘wake’ in honour of the Guinness founder will also take place in the city.

Nancy Blake’s has been selected as the ticketed venue for the Diageo marketing day, and will play host to a surprise act on Thursday.

Owner Donal Mulcahy said the bar, which is sold out for the event, don’t yet know who the act is.

“We don’t know, we are in the dark,” he said. “It could be Emeli Sande, it could be The Script, it could be the Original Rudeboys, nobody knows who they are going to get; it is luck of the draw and that adds to the intrigue as well.”

There has been something of a backlash against the day, with Christy Moore and Mike Scott releasing anti-Arthur’s Day songs, but Mr Mulcahy said he doesn’t see it as an excuse for people to go drinking and is “just a bit of fun”.

“Personally, as a publican, I would prefer to see people drinking in a bar, rather than at home where it is unsupervised,” he said.

The Crafty Fox bar on Denmark Street are hosting ‘Aunty Martha’s day’, where they will be, they claim, the “only pub in Limerick” not serving Guinness and will have other porter varieties on offer.

The White House pub is to host ‘the Wake of Arthur Guinness’, transporting punters back to 1803. A coffin-led procession will travel up O’Connell Street at 5pm, with people encouraged to dress up in 1800’s clothes for the event.

“It is very much in the spirit of the day and our way of marking it theatrically,” said Glenn McLoughlin, manager of the bar.