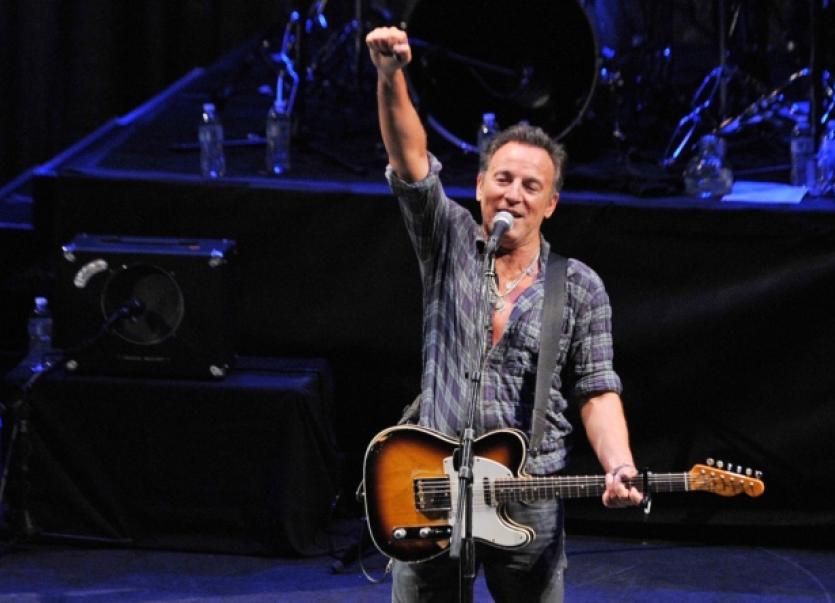 GLORY Days. Bruce Springsteen and the E-Street Band will kick off a sold out Irish tour with a concert in Thomond Park this Tuesday, potentially the biggest the city has ever seen.

GLORY Days. Bruce Springsteen and the E-Street Band will kick off a sold out Irish tour with a concert in Thomond Park this Tuesday, potentially the biggest the city has ever seen.

Upwards of 30,000 people are expected at the show, which sold out in minutes late last year. Springsteen-fever is gripping the region, as legions of die-hard fans get set for what is expected to be a three hour extravaganza of the American icon’s greatest hits.

Springsteen has been playing full sets of classic albums from his back catalogue, leaving Limerick fans buring with expectation as to whether he will play Born To Run or Darkness on the Edge of Town or another seminal offering in full on the night.

The 63-year-old has also been playing requests on his Wrecking Ball tour, leaping into the masses of his adoring fans in Germany recently, plucking a hand-written sign from a startled fan, leading to an impromptu performance of Chuck Berry’s You Can Never Tell.

Concert promoter Peter Aiken, speaking to the Limerick Leader after tickets were snapped up in a matter of minutes late last year, promised “a fantastic show” for those in Thomond Park this July 16.

“He is, in my opinion, one of the biggest stars in the world, if not the number one,” said the promoter, who has sold out Bruce shows in Limerick, Cork, Belfast and Kilkenny this summer.

“He is playing with an 18-piece band - there is nobody doing what he does, every song is a hit. He is the ultimate performer, ultimate showman, he is up there with Jagger, anyone,” added Mr Aiken, who has been responsible for bringing Elton John, Rod Stewart and Bob Dylan to Thomond Park in recent years.

City publicans were granted permission for a special exemption to cater for fans after the concert, with pubs to stay open until 2am.

The event licence for the show was also recently granted.

Gates open at 5pm, with Springsteen on stage at 7pm. There is no support act.