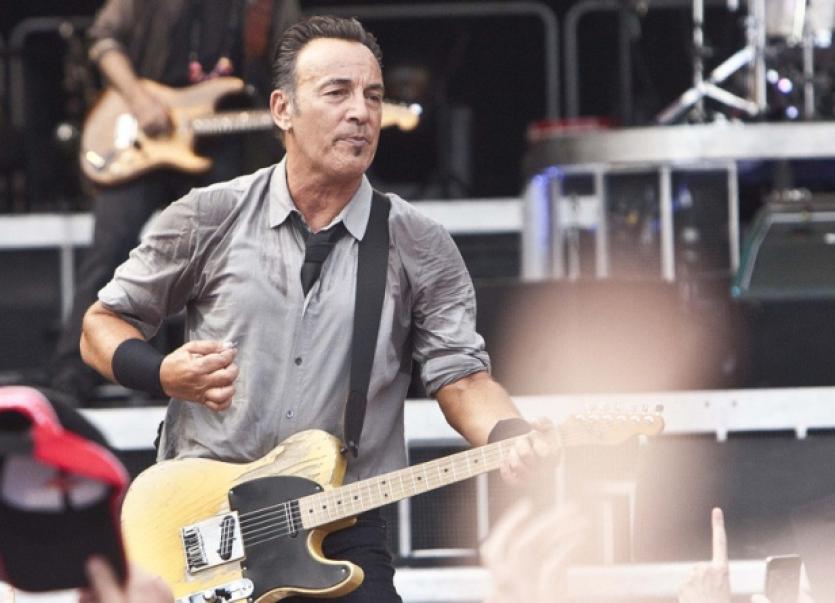 OH that all weeks could be like this - a monumental sporting achievement topped off by an epic outpouring of emotion fuelled by the music of New Jersey’s finest in Limerick.

OH that all weeks could be like this - a monumental sporting achievement topped off by an epic outpouring of emotion fuelled by the music of New Jersey’s finest in Limerick.

Bruce Springsteen in Thomond Park. The words alone were enough to send grown men into ecstasy.

More than 30,000 people saw history being made on the turf made hallowed by generations of Munster men this Tuesday night, the first of a string of sold-out shows in Ireland for The Boss and the biggest concert Limerick has ever seen.

It is hard to quantify the love and dedication among Springsteen fans for their idol, but the mass singalong that greeted his three and a half hour set paints as plain a picture as is required.

Fans like Jamie Tongue from Birmingham queued from Thursday of last week to get access to the pit area of the pitch, while to walk out from the city centre approaching showtime last night was to experience a carnival atmosphere.

Springsteen arrived into Shannon Airport yesterday afternoon and was quickly whisked to his purpose-built compound on the back pitch in Thomond, which housed a yoga centre and landscaped garden for him to chill before the marathon set he produced with his ever faithful E-Street Band.

Shortly after 5.30pm, there was a major surprise for the hundreds of fans who had arrived at the stadium early.

Without any fuss The Boss performed three songs, including For You and Hearts of Stone, during a ten minute impromptu soundcheck.

Two hours later, he received a rapturous reception as he emerged on stage shortly before 7.30pm.

Before his first song, Springsteen told the massive crowd he was thrilled to be performing in the city.

“Good evening Limerick. We are so glad to be here with you tonight and are here to fill you with the everlasting power of rock and roll,” he said.

Opening with This Little Light Of Mine, The Boss was greeted with a roar that shook the very foundations of the stadium, one that was heard across the city.

The legendary and incredibly sprightly 63-year-old rocker then proceeded to race through some of his biggest hits at the top of the set, including American Land, Badlands and Hungry Heart, while he also played a full run through of classic album Born To Run.

During My Hometown the rocker, who is close friends with horse trainer Enda Bolger, paid an emotional tribute to injured Limerick jockey JT McNamara, who was seriously injured during this year’s Cheltenham festival.

And to the delight of the crowd, he congratulated the Limerick hurlers on their Munster Final success before blasting out Glory Days.

Earlier, Springsteen accepted a giant Irish Passport from a member of the crowd before downing a pint of beer.

“I drank a beer, I think I earned my Irish Passport,” he proudly declared.

Following the gig, the party continued into the early hours of the morning, with pubs across the city granted special exemption to remain open until 2am.

For Thomond Park director, John Cantwell, the impression that last night’s gig will create nationally and internationally is almost priceless. “The man is legendary in terms of performance, so many people want to see him,” he explained.

Limerick Chamber president Fergal Barry estimated that the “conservative” economic impact of the concert and Sunday’s match for the city was in excess of €5m.