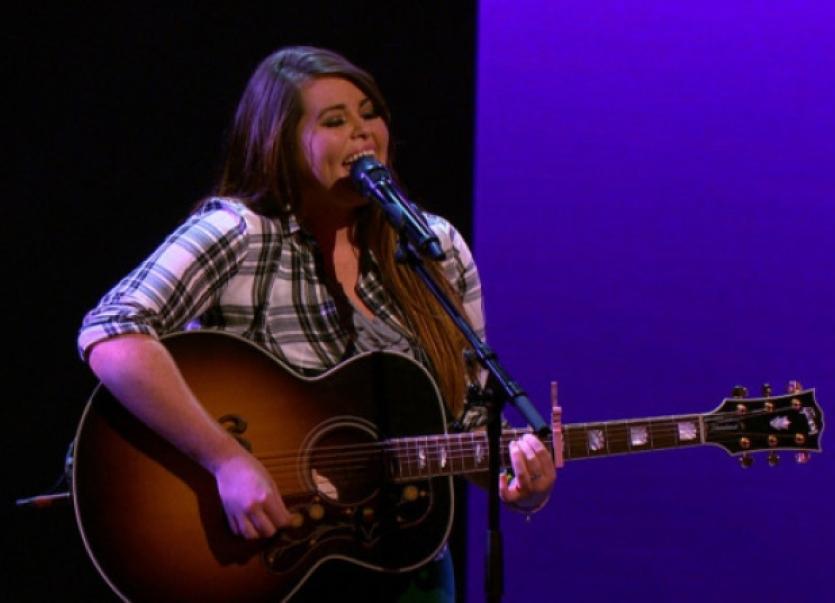 Limerick will have two representatives on the Voice of Ireland this Sunday, with Laura Enright from Glin and Eddie Carey from Newcastle West both hoping to impress the judges.

Limerick will have two representatives on the Voice of Ireland this Sunday, with Laura Enright from Glin and Eddie Carey from Newcastle West both hoping to impress the judges.

Ninteen-year-old Laura hopes that the RTE talent show could be her stepping stone to the big time.

She has been playing piano since the age of 10 and taught herself guitar just two years ago.

“I’ve been playing music since I was very young, but I didn’t start singing until I was 15 - and I haven’t stopped since,” she said.

The daughter of Brenda and Jim, Laura is in the first year of a creative writing degree in NUI Galway. She is a past pupil of the Comprehensive in Tarbert.

The Voice appearance will be her first time on TV - an experience she describes as “nerve-wracking. However, she has had plenty of experience in singing live to help her prepare for the performance.

Not only has she taken part in a number of local singing competitions, but she has also gigged extensively around Limerick and Kerry.

Laura has also sung for Sinead O’Connor at a mental health awareness gig and she says that Bressie has been an inspiration to her to get involved in breaking the stigma around mental health.

She put that live singing experience to good use when auditioning in front of judges Bressie, Kian Egan, Una Foden and Rachel Stevens.

“There was a live audience there so I kind of ignored the judges’ chairs and just played for the crowd - and just fed off their energy,” she explained.

Twenty-four-year-old Eddie Carey will have 22 friends and family to support him at the audition. He performs Love Grows by Edison Lighthouse for his audition.

A member of a musical family, Eddie has gigged all around the country and played support for Nathan Carter.

The Voice of Ireland is aired on RTE One on Sunday evenings at 6.30pm.