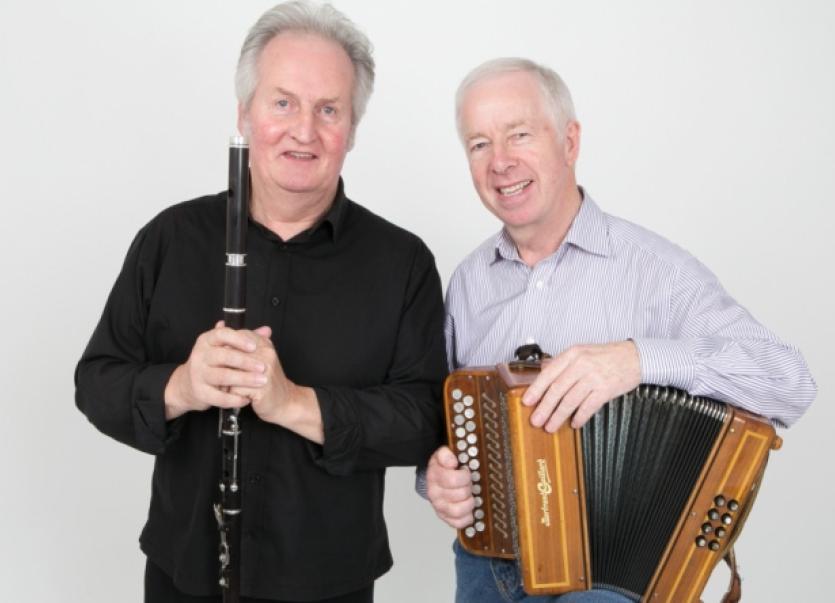 A new album of traditional music featuring Limerick flute player Patsy Moloney and accordionist John Regan will be launched in Templeglantine next Thursday.

A new album of traditional music featuring Limerick flute player Patsy Moloney and accordionist John Regan will be launched in Templeglantine next Thursday.

Entitled Over The Bog Road, the album contains a collection of traditional tunes blending the sounds of the two instruments while retaining the individual style and personality of each musician. The accompaniment is provided by Mary Corcoran (piano) and Noreen O’Donoghue (harp).

The album features a selection of traditional tunes, including a couple of well-known Limerick pieces, The Old Limerick Reel and Donald Blue.

For Patsy, who plays a number of solo tunes on the recording, this is a debut album. A member of a well-known musical family in West Limerick, he now lives in Birmingham but returns home regularly. He met Sligoman John during a 1974 Comhaltas Ceoltóiri tour of Britain and they hit it off immediately as they had the same approach to music.

Both men are All Ireland champions in their respective instruments and this album is an ideal showcase for their talents. Since it was released, it has been getting airplay on a number of national and regional radio stations, generating very positive feedback.

The launch will take place next Thursday, August 21 in Halla Inse Bhán, Templeglantine at 8pm. All are welcome.