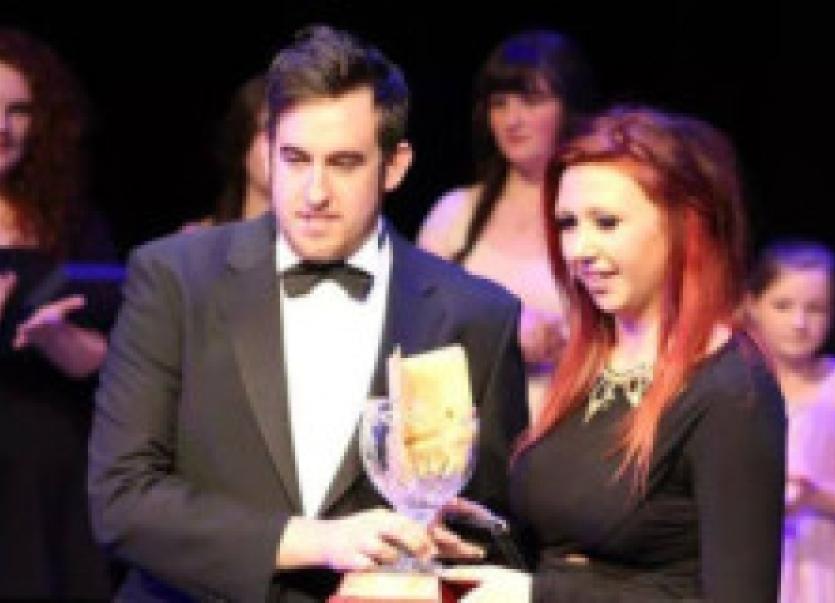 A KILDIMO singer is celebrating this week after scooping the top prize at the Limerick’s Got Talent competition.

A KILDIMO singer is celebrating this week after scooping the top prize at the Limerick’s Got Talent competition.

Shannon Garvey, 15, beat off 18 other acts to claim the top prize at the annual contest, which was staged in the Lime Tree theatre in Mary Immaculate College.

Shannon impressed the judges - including Nigel Mercier, Mike Shinnors, Steve Spade and Frances Healy - by singing a number of songs, including a cover of jigsaw by Ryan Sheridan.

Her prize includes €500, a cut-glass trophy sponsored by Arthur’s Quay Shopping Centre, and the opportunity to record her song on CD.

Asked what made the youngster stand out, Mike said: “It was the fact she sang a song completely all of her own off her own bat. She played a guitar, and had a bit of a rasp in her voice which made her stand out as a good singer.”

All proceeds from the event went to Enable Ireland, with Mike predicting the charity - which provides services to children and adults with disabilities - will get €1,500.

One of the guests at the event - which was attended by 400 people - was Bishop Brendan Leahy.

Mike said the Bishop was “last to leave the auditorium” so as to be able to congratulate the contestants and spend time talking to the production team.

“He is a true community gentleman, and it was appreciated by all,” he added.

The organiser told the audience how proud he was of all the acts, knowing the amount of work they put in.

Further prizes on the night went to dance group Flawless, Orla and Amanda, covering the Dixie Chicks, and Nicole Bourke who sang her own compilation.

One judge, Ursula Stokes, said she was “blown away” by the talent.

“There is no doubt about it: there is wonderful talent between the city and county,” she said.