Top local and international acts to perform at Rocky Mayhem 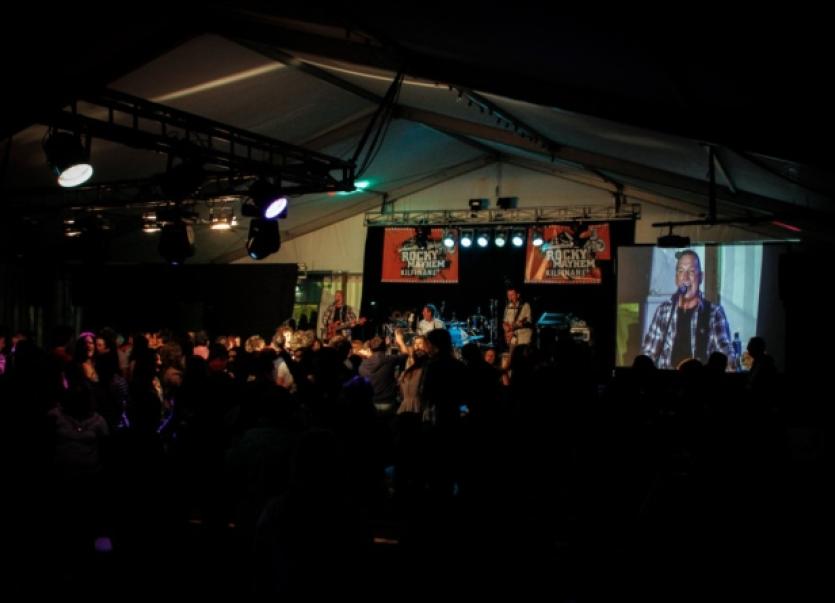 A HOST of top local and international acts are set to perform at this year’s Rocky Mayhem festival which has been described as “a festival for all of Limerick”.

A HOST of top local and international acts are set to perform at this year’s Rocky Mayhem festival which has been described as “a festival for all of Limerick”.

This year’s festival reverts to its old format and takes place over one weekend from June 12 to June 15.

Rocky Mayhem is now established as one of the area’s major festivals, thanks to a large band of volunteers, the support of local businesses in the area and the crowds it draws year-on-year.

“This is a festival for all of Limerick. There is something for everybody of all ages so the people of Limerick should come along and make this their festival,” said Tommy O’Sullivan, chairman of Kilfinane Community Council, organisers of the festival.

“We see it almost like a hurling team in the town - it is part of the community - no one person owns it. Everybody is involved in it,” he added.

As usual, the festival takes place in McCarthy’s courtyard at Lower Main Street.

The festival will open on Thursday with country music star Mike Denver.

“Every year the crowds are growing. This year we gave it open heart surgery - we sat down to study how we could improve it. That’s what brought about the new night - the Lisa Lashes night,” added Tommy.

“Going on feedback and ticket sales, it seems to have struck a chord with people.”

The best of indie will feature on Saturday night with performances from Limerick band, Windings, and O Emperor from Waterford, along with the legendary group The Frank and Walters from Cork. It is a family fun day on Sunday and the curtain will come down on the festival on Sunday night with local rockers, Footloose and Handipak, and Duece’ Wild.

“We would like to thank all the local residents for their patience during the festival weekend,” said Tommy who added that the proceeds from the festival will go towards developing a new community centre in the town.

“Tickets again have been keenly priced. We all know how difficult things are in the present climate, but all proceeds raised go to the community centre project, so support is vital,” he explained.

Tickets are available at local outlets.