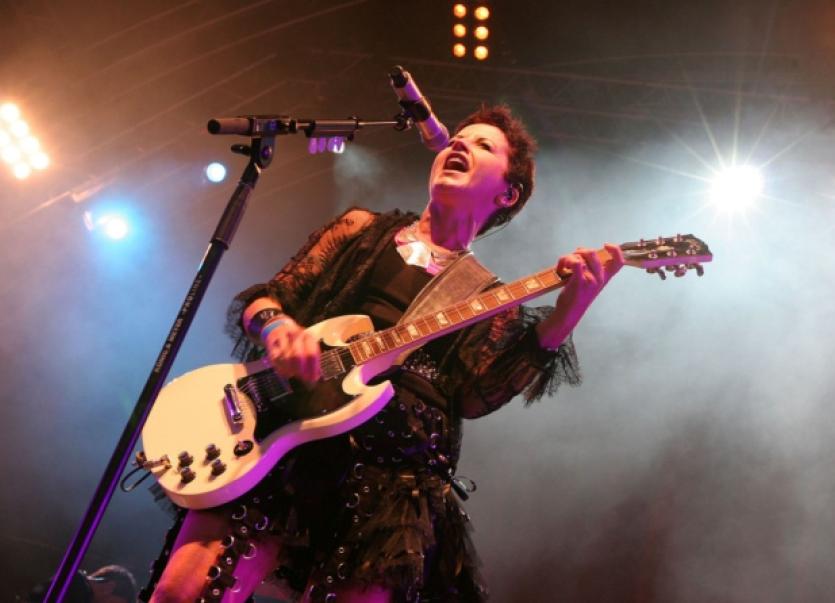 NEARLY 3,000 people will have the chance to ring in the New Year at a massive concert on Merchant’s Quay, with a huge television audience watching at home.

NEARLY 3,000 people will have the chance to ring in the New Year at a massive concert on Merchant’s Quay, with a huge television audience watching at home.

RTE have committed “serious resources” to broadcasting the concert in front of City Hall live on New Year’s Eve, which will mark the start of Limerick City of Culture.

She is never far from the headlines and Limerick’s own Dolores O’Riordan is to headline the event, which is the first ever New Year’s Eve concert to take place in Limerick city.

The Ballybricken rock star will be joined by the Irish Chamber Orchestra for an “exclusive worldwide performance” to open Limerick’s stint as national City of Culture with a bang this December 31.

The Cranberries’ frontwoman - set to play the band’s most famous songs, according to organisers - and in keeping with the “edgy, urban and contemporary” programme for the year as described by chairman Pat Cox, will be joined by rapper Maverick Sabre on the bill.

A crowd of up to 2,800 people will pack into Merchant’s Quay in front of City Hall for the ticket only gig, with several more acts to be announced in the coming weeks - including one of the hottest young bands of the year.

The full line-up is set to be unveiled in early December, but, aside from the ticket only gig - tickets for which go on sale this Friday priced at €15 at early bird prices - there will also be a family pageant procession through the streets and a fireworks display, which it is hoped will attract up to 20,000 people into the city for the event.

2FM presenter Will Leahy will compere the live concert, and has been acting as a facilitator between event organisers and RTE.

“RTE have given a full commitment, they are putting serious resources into televising the New Year’s Eve concert,” said Will, a member of the marketing committee for City of Culture.

“They have also decided to dedicate a channel on the RTE player on the night so that the entire concert, from start to finish, will be available to the Limerick Diaspora worldwide.

“It is a perfect way to start the City of Culture,” he said.

City of Culture CEO Patricia Ryan said the event would “launch this huge year for Limerick and this first announcement of artists for the music events gives a fair indication of just how big a night this will be.”

Organiser Joe Clarke said: “It’s the beginning of an amazing year from Limerick and it’s a real honour to be working on the opening event with such amazing talent.”

As part of the event, the Potato Market will play host to a fully enclosed food market which will be packed with artisan food stalls, courtesy of the Milk Market Traders, with full bar facilities available.

“It has been described to me as an Electric Picnic vibe to the Potato Market on the night, in that there will be covered bars and BBQs,” said Will Leahy.

“So it is a one stop New Year’s Eve entertainment venue, which will also cover the launch of City of Culture. From what you already know of the line-up it is incredibly exciting. I know the full line-up and I can say that there has never been a concert like this held in the city,” he explained.

“There will be fireworks at midnight and the bells of the cathedral will chime in the new year,” added the 2FM presenter.

Tickets go on sale from Ticketmaster this Friday.