Gavin and Millie to be honoured in Jackson tribute 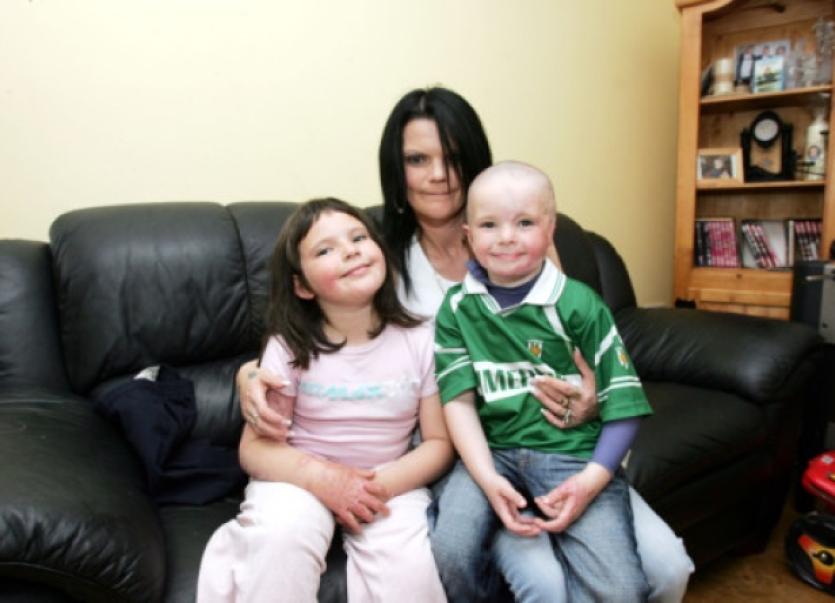 PETROL bomb victims Millie and Gavin Murray never got to meet singer Michael Jackson, inspite of his repeated pleas to see them, but now a major tribute group of the singer wants them to “have a place in his heart.”

PETROL bomb victims Millie and Gavin Murray never got to meet singer Michael Jackson, inspite of his repeated pleas to see them, but now a major tribute group of the singer wants them to “have a place in his heart.”

The children, who suffered horrific skin burns in an infamous petrol bomb attack in Moyross seven years ago, have been asked to take part in the Michael Jackson tribute portrait, which has seen some of the world’s most famous stars place a dot in a portrait of the late singer.

A spokesperson for Michael Jackson Tribute Portrait said they hope the Murray family will accept their offer.

The Los Angeles-based artist behind the project, David Ilan, is also hoping to travel to Ireland “to honour the children in person”.

The portrait, which is made up of a million dots representing hundreds of thousands of people world-wide, is described as “the largest and most respected global tribute to Michael Jackson in the world”.

They state: “We have chosen Millie and Gavin in particular because of their spirit to overcome, and the commitment of Michael Jackson to support children in physically and spiritually overcoming trauma”.

“We would like to continue Michael’s legacy by honoring Millie and Gavin with dots in the heart of the portrait.”

“We would like to present Millie and Gavin with a dot near Michael’s own dot, in the area of the heart. This is a special section of the portrait reserved for Michael’s family, friends, colleagues, celebrity fans who carry his legacy and honorees like Millie and Gavin, who we know Michael did hold (or would have held) dear to his heart.”

Dr. Patrick Treacy told the Limerick Leader that during the six months Michael Jackson lived in Ireland he asked about the children every day, and “cried” after hearing about the attack on them.

The Michael Jackson Tribute Portrait is supported by members of the Jackson family, and many of his closest friends and colleagues. Some of the celebrities who support the Tribute include Diana Ross, Maya Angelou, MacCauley Culkin, Gladys Knight and Jermaine Jackson.

“This tribute is not a one-night event, but rather a one-of-a-kind ongoing tribute created on a daily basis by the fans themselves. Michael’s tribute portrait is an interactive, amazing work of art comprised of hand-drawn dots that come together to create the image of Michael Jackson. The portrait represents the millions of lives touched by Michael Jackson’s unparalleled work in music and entertainment, his consummate generosity and his humanitarian mission”.

On September 10, 2006, a plastic bottle was filled with petrol, set alight and thrown in through the rear window of their mother Sheila’s Toyota Corolla in Moyross, after she refused to give someone a lift into the citY.

Seven years on and now aged 10 and 12, Gavin and Millie continue to require skin grafts and surgery as a result of the disfigurements they suffered.

The family is considering the offer.