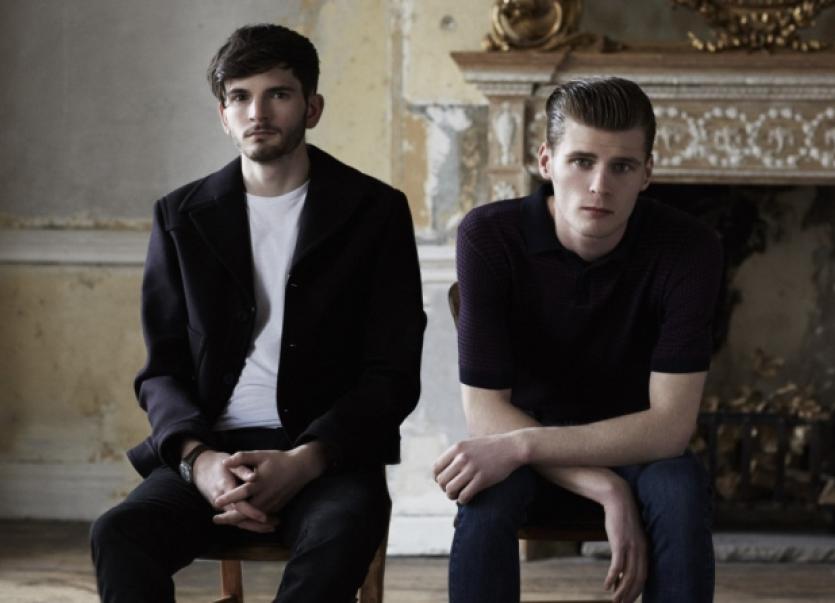 The sibling duo - Harry and Alfie Hudson-Taylor - will play a Milk Market show, plus special guests, on Sunday May 3 as part of Riverfest.

Country singing Nathan Carter sensation will also play the Big Top on the same weekend, appearing on Friday, May 1.

Tickets for both shows go on sale this Thursday from bookers Dolan’s or Ticketmaster outlets.

The newly announced shows join those already on sale with Irish band Walking on Cars on March 13 and the returning The Waterboys on October 30.

Hudson Taylor released debut album Singing For Strangers in January on record label Polydor and are set to play a sold out show at Dolan’s Warehouse in February, part of a massive tour that includes a date in the Olympia Theatre and London’s Shepherds Bush Empire.

The duo have already supported Jake Bugg on his arena tour last year and ended up performing twice in one day when they played with the Rolling Stones in Hyde Park.

The duo spent the majority of 2014 putting the finishing touches on Singing For Strangers, which follows the critically-acclaimed singles Chasing Rubies, Battles and Weapons.

Hudson Taylor have a strong and loyal online following and their live shows have been met with an increasingly fevered reaction. The added dates come hot on the heels of a sell out tour later this month.

“We want to be known as a live band,” says Harry. “We plan on touring constantly – forever.”