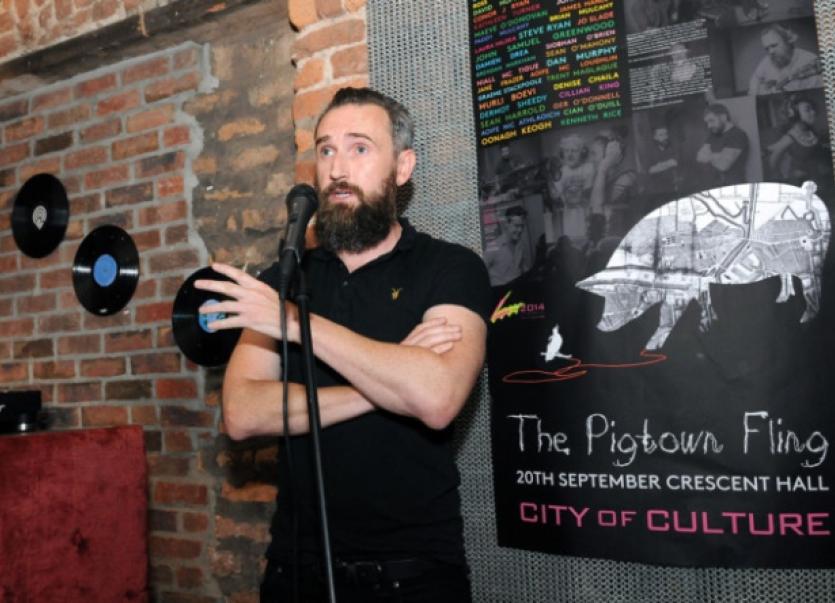 THE countdown is on to one of the major music and legacy projects of Limerick City of Culture, taking place in the Crescent Hall in the city this weekend.

THE countdown is on to one of the major music and legacy projects of Limerick City of Culture, taking place in the Crescent Hall in the city this weekend.

The {http://www.limerickleader.ie/what-s-on/arts-entertainment/music/capturing-the-sounds-of-limerick-s-pigtown-fling-1-6287307 |Pigtown Fling|click here} is the much anticipated live outing for Sound Out, a recording project overseen by John Greenwood and Noel Hogan over the past 12 months.

The results of the project are keenly awaited and the 500 capacity showcase is now sold out.

An album of original music performed, recorded, mixed and mastered by musicians, engineers and producers, some 40 of which were chosen from the broad musical tapestry in Limerick, has been created that will raise funds for the Corbett Suicide Prevention Patrol and The Learning Hub.

The 18 tracks, created by mixing some of the cream of local music talent together through workshops and in studio, will be performed this Saturday.

“I knew a lot of the bands and I knew we had a lot of strong people involved, and my expectations were high that we would get good quality back,” Noel Hogan told the Limerick Leader recently.

The project is a truly collaborative one, primarily working in association with Music Generation, and is based on a theme of diversity and fusion.

Recorded in UL and LIT, it utilises existing facilities, talents and skills that are perhaps not recognised or undervalued in Limerick and further afield.

“We have essentially done two albums in four months in studios that weren’t being used, over the summer,” said John Greenwood.

“Bar one or two days, we went in and out and no one even knew we were there. It has the potential for something like to happen every year, and that will become the legacy side of it.

“We will have a finished product with 18 tracks that are of a world class standard, mixed, produced and mastered to that standard, and it can go anywhere after that,” he adds.

Comperes for the event will be Today FM’s Paul McLoone, of The Undertones, and Pat Shortt. Doors are at 7.30pm.