Good humour a hallmark of WestFest in Newcastle West 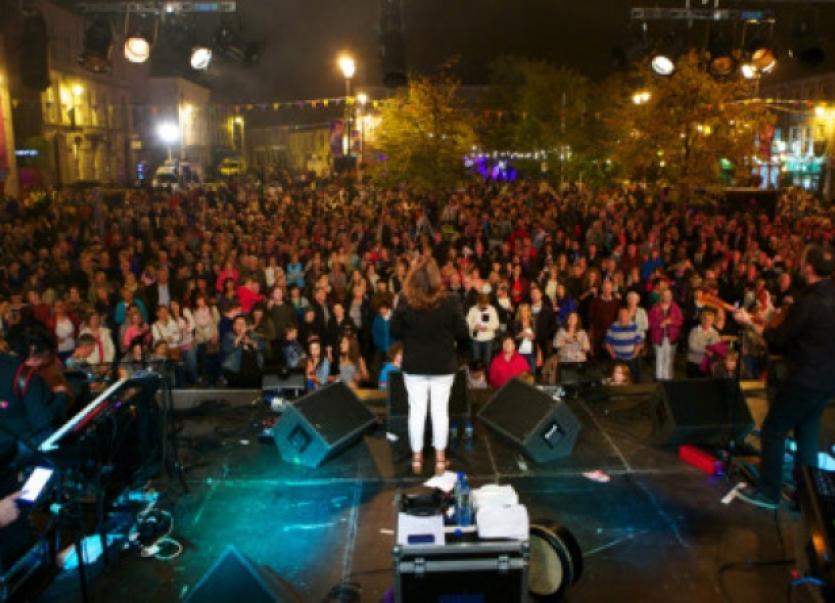 BY any yardstick it was a huge, and challenging, undertaking. Creating a programme of events that appeals to young and old, to families, couples and singletons, and to wrap it round with a sense of old-fashioned neighbourliness and a big dash of excitement is no easy feat. Yet once again, the organisers of WestFest have succeeded.

BY any yardstick it was a huge, and challenging, undertaking. Creating a programme of events that appeals to young and old, to families, couples and singletons, and to wrap it round with a sense of old-fashioned neighbourliness and a big dash of excitement is no easy feat. Yet once again, the organisers of WestFest have succeeded.

It helped that the sun shone and that the evenings were balmy. And it helped too that people came to WestFest, eager for a last blast of summer fun before autumn sets in.

And what they got was a mighty mix, carried off with supreme professionalism.

The gig-rig was impressive. The stewarding was first-class. The Gardai were a strong, vigilant but smiling presence. And stunningly, it all went off on time and by the clock.

Best of all, the crowds came. And they came with smiles.

“You could be abroad,” one woman said as she made her way into the sun-baked grounds of Desmond Castle on Saturday for the Taste of WestFest Food Festival. Inside, a new square had formed where men, women and children wandered and chatted, sat watching the world and appreciating the aromas of local produce or queued for their little taste of heaven.

“Mary Black was good and got better as the night went on,” declared one woman deep in conversation with another who had missed the gig on Friday night.

Elsewhere the fun-fair raged, the runners ran past the post and the fearless and the scared took their places for the bungee jumping.

Gavin James was the opening act on Saturday night with The Coronas as the headline act. In the thronged square, there were the zealots whose eyes were fastened on the stage and who knew all the words; there were those who would have liked to know the words but who rocked along notwithstanding and there were lots of young women on heels so lunatically high they were unable to rock. And then there were the rest of us, happy to be there and to share the space with the zealots, the high-heeled and the many, many youngsters.

Sunday night saw the selection of Eoghan Normoyle as the 2014 Knight of Desmond and the grand spectacle that was the fireworks finale. Against the dramatic backdrop of the Desmond Castle, the music soared into the night sky along with the fireworks before The HIgh Kings took over to play out the evening and the last act of the festival.

“Who wouldn’t be happy?” Ida Dunworth, chairwoman of the organising committee said. “We had such numbers in the Square, there was no hassle, all went off well and everybody had a great time.”