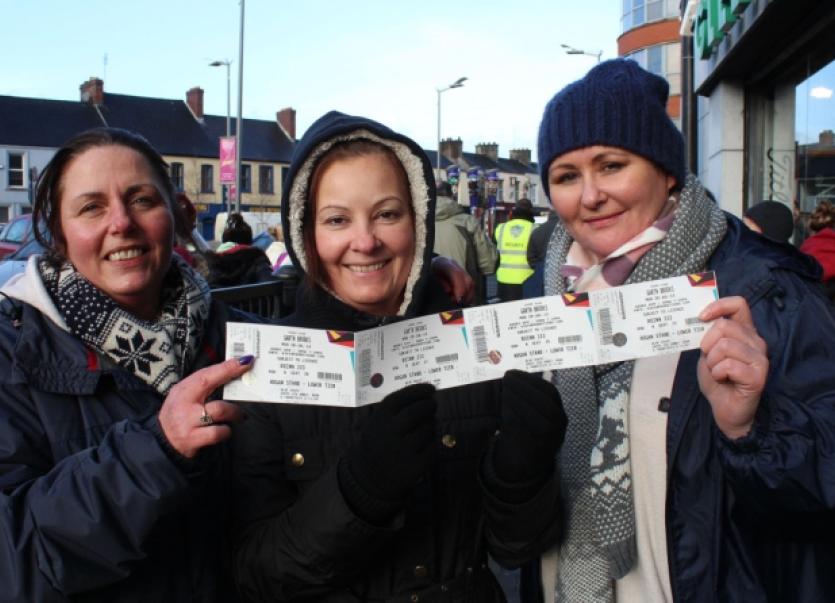 THOUSANDS of Limerick fans of the singer Garth Brooks are anxiously waiting to learn if any of his Dublin concerts will go ahead - after the country music star issued the ultimatum that it’s either five concerts or none.

THOUSANDS of Limerick fans of the singer Garth Brooks are anxiously waiting to learn if any of his Dublin concerts will go ahead - after the country music star issued the ultimatum that it’s either five concerts or none.

While there have been calls for the concerts to move to Limerick, amongst other locations around the country, concert promoter Peter Aiken said it was not possible to split the shows between venues, and said Brooks had a specific vision for a five-night spectacular.

He added that their scale also meant that it would not be possible to use another venue for the two concerts, which cannot now be held in the Croke Park Stadium after Dublin City Council refused the licenses for the final two of five concerts due to residents’ concerns.

“It’s a one off show ...we can’t strip that down and move to another venue,” he said.

The chairman of the Limerick County Board, Oliver Mann, said he would be delighted to “help out” Garth Brooks fans by hosting the superstar at the Gaelic Grounds this summer.

“If we could help out with accommodating Garth Brooks and all those fans who have the potential to be disappointed we would love to do so if it were possible because, as you know, we were granted permission some time last hear to hold concerts in the Gaelic Grounds,” he told Live 95FM.

Minister Jan O’Sullivan said she will support any proposals to stage the concerts in Limerick. “There is a huge number of Garth Brooks fans in Limerick and I know a lot of people were planning to travel to Dublin so, look, we will see what can be done, we certainly have a venue that is very suitable for it,” she said.

There were angry scenes in Limerick earlier this year after hundreds of local fans were left without tickets for the first of the concerts.